More from 'Hasslefree Miniatures', and another survivor to accompany 'The Zombie Survival Guide'.  A rather portly British Bobby armed to the teeth with a semi-automatic shotgun.  I love the idea that the survivors of a zombie-inducing plague are just ordinary people and not Hollywood 'A' list movie stars.  'Hasslefree' certainly have come up with some great sculpts and this one called, 'PC Sam Ford' is a wonderful likeness for Nick Frost's character in 'Hot Fuzz'. 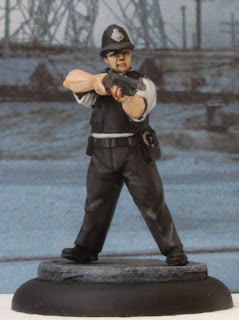 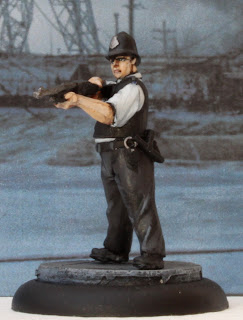 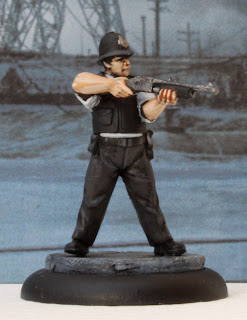 Although not planned I have inadvertently managed to purchase the Frost/Pegg 28mm alter egos from two separate films;  I suppose there is nothing else for it, I'm simply going to have to buy the accompanying minis! 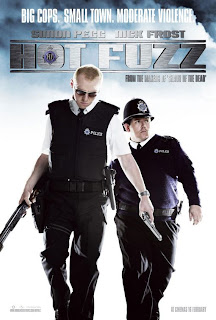 Meanwhile in a deserted cemetery at the far edge of the mighty metropolis, could it be that time is running out for our plucky heroes?