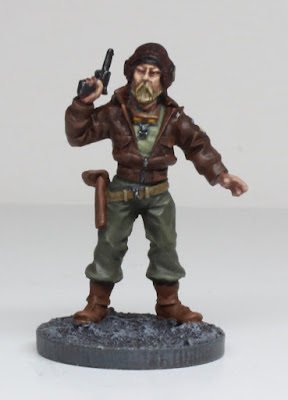 Just a bit of fun and not a full blown distraction, but when I was painting my Sherman tank, I remembered that I had a possible commander for it in the form of a 'Studio Miniatures' survivor.  It would appear that one maverick, eccentric and somewhat wayward tank commander is not enough and I seem to have inexplicably added an 'Artizan Designs' Oddbod to the mix! 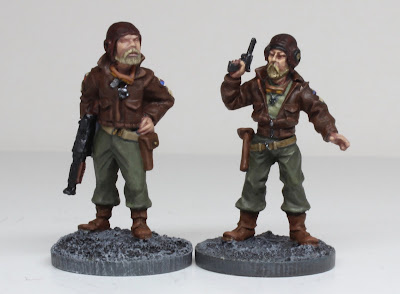 Both characters are a nod to the wonderful 'Sgt. Oddball' so colourfully portrayed by Donald Sutherland in 1970 celluloid gem that is Kelly's Heroes.  This was another one of those films that young Master Awdry remembers watching with his father on a Sunday afternoon, replete from an utterly splendid roast lunch, curtesy of his beloved mother. 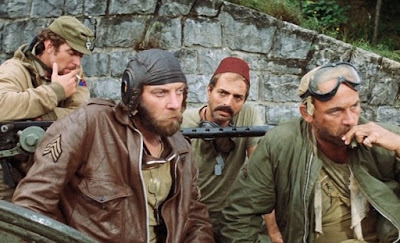 In those days, I was untroubled by a morally bankrupt squad of G.I.s that leave their comrades dead and bleeding across great swathes of the French countryside as they go in search of a bank to rob!  No back them, it was a rip-snorter of a movie, with fast paced action scenes, genuine film stars and a script that is still quoted the world over to this very day.  Every so often, I will sit and watch it again and be transported back to a simpler time. 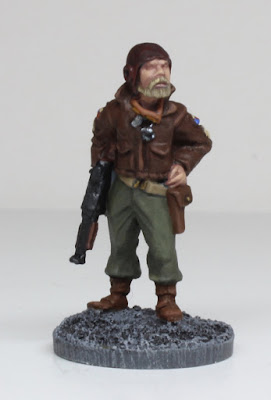 Both sculpts were given the same colour scheme and at some point, I will make a decision as to which one, if either, makes it to the squad destined to defend the castle.  The 'Artizan Designs' sculpt is simpler in its appearance, certainly in direct comparison to the 'Studio Miniatures' variant, but not necessarily better.  It still holds a certain charm, perhaps more akin to the age of the movie from which the character hails? 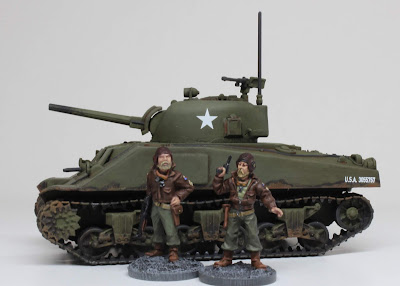 Just as an aside, eagle-eyed visitors to this most humble of web-logs will have noticed the 'Battle of Schloss Itter' button at the top of the blog.  This is just a simple device to link all the related posts together as we move forward with the project.  I intend to put a similar link at the bottom of each relevant post to make navigation as simple as possible. 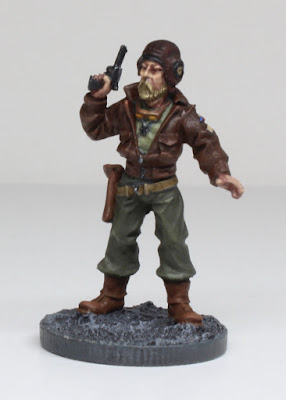 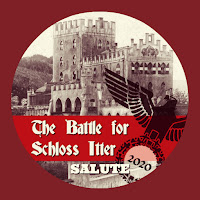