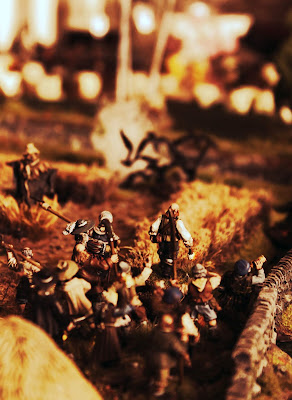 They came and came again, three times before the day was done. Three times the villagers of Muchwhinging had to muster every ounce of courage they possessed in a seemingly vain attempt to repel this blight to the land. Casualties were taken on both sides, some wouldn't make it through the night. The evil would come gain, but would we be ready?

Joined by Messrs Bull and Templar, Awdry Towers played host to some Witchfinding fun, this weekend, brought to life by using the 'Donnybrook' rules. I have been beavering away since the start of the year, sketching out, planing, building terrain and painting miniatures*, but I think that it was fair to say that I was a little anxious by the prospect of the day. I was pleased with how the table looked, but here I was trying to introduce two veteran 40K Gamers to the dark and difficult world of 17th Century England, using a rule set that I had no experience of; as they say, what could possibly go wrong?
*some only finished were only finished this week!
As it happens, everything, but in the best possible way!  It was clear from the outset that 'Donnybrook', looks to champion the chaos of skirmish battles during the period of black powder.  The mechanic of character cards, drawn randomly, plays brilliantly to this ethos and is a manageable step for someone whose gaming experience is limited to board games and a recent foray into the jungles of the Congo.  Both gentlemen had been forewarned to bring a sense of humour and I am delighted to report that much laughter ensued.


Once again, however, I have singularly failed in taking enough photographs or recording events in the detailed required to relay a full and edifying report; I was having far too much fun if the truth be told.  What I can tell you is that we played the same scenario three times, allowing each player to get a couple of turns to get to grips with the rules and a particular faction.  The 'prelude', had hinted at the objective, simply defend the village of Muchwhinging and see off the forces of evil.  Although pared down, and with some made up characters the games seemed to be fairly balanced with the result coming down to the last handful of units.  What follows is a series of images to help convey some of the action. 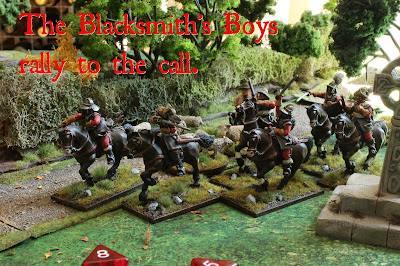 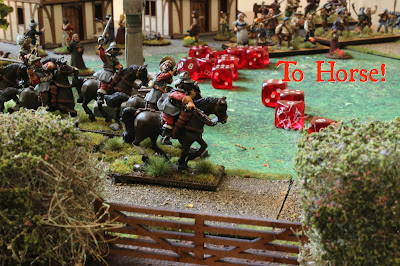 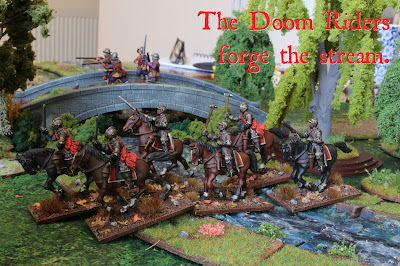 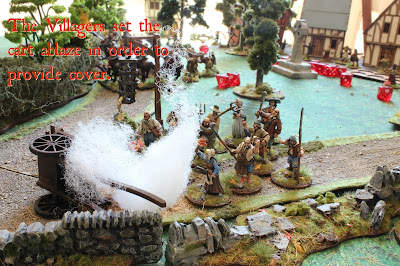 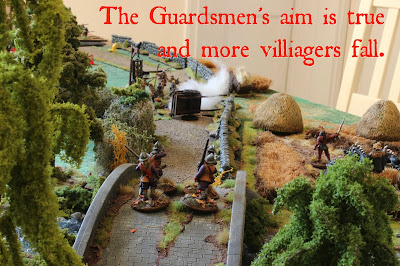 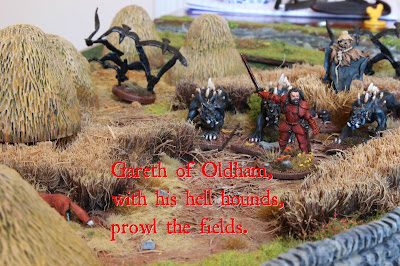 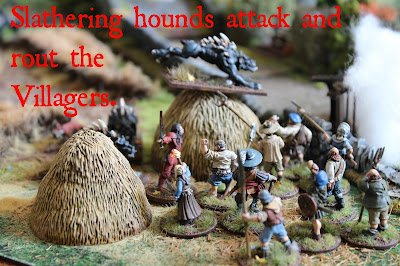 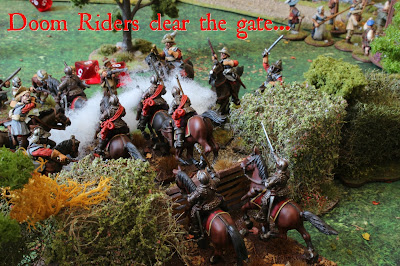 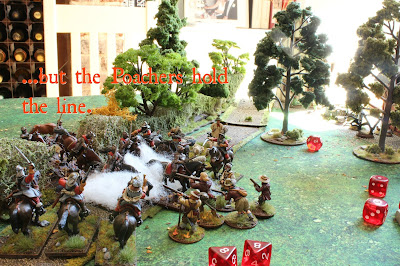 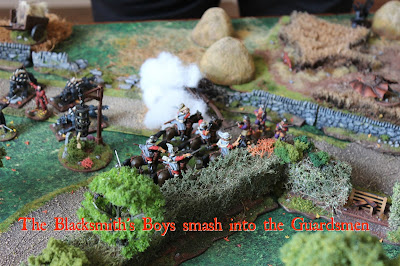 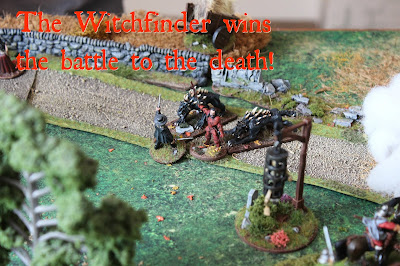 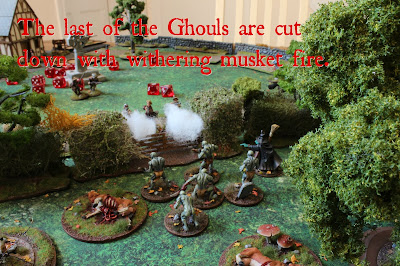 To a game that was already chaotic enough we added a touch more frivolity by adding the 'event' card to the final two encounters.  'The Dark Templar' looked on incredulously as his hero, Alain de la Slaughter, in Manbat form, was lured by Helen Highwater, the village Doxy, to her boudoir before slipping a stiletto blade between his ribs.  All this shortly after a previous event card saw his terrifying Ghouls, pack up and leave the battlefield, apparently missing their friends and families** - oh how we chortled; well maybe not all of us!
**or should that be fiends and familiars?

On reflection, I was absolutely thrilled with how the day went.  Yes, Donnybrook is a tad light for some, but perfect for what we wanted.  The ability to build on the narrative and enjoy the role playing element is a lot of fun, especially when played with likeminded souls.  To that end, I need to thank both Mike 'The Dark Templar' Reynolds and 'Bullcher Feb' who's participation, good humour and support was paramount in making this such an enjoyable day.

Both Mike and Bull have each kindly written up a report of the day, which can be found by following the links below.  Once again Chaps, my heartfelt thanks.

A day of gaming that will long live in the memory! - Bullcher Feb
Donnybrook Witchfinder - Mike Reynolds
Posted by Michael Awdry at 15:00