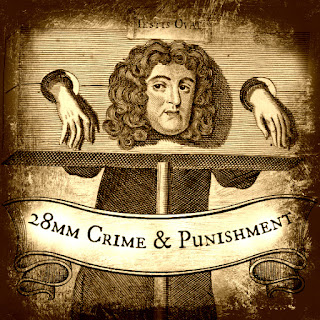 Following on from the previous post, I decided that I needed some evil lackey that could inhabit the dungeon, meeting out all manner of cruel and unspeakable acts on the poor unfortunates that crossed his threshold.  I knew that I had a ‘Hasslefree Miniatures’, Narg the torturer but on closer inspection he reminded me of a cross between Big Daddy* and Thelonious, Lord Farquaad's right-hand man from Shrek.
*Those of us in the UK that remember World of Sport’s Saturday afternoon wrestling, will appreciate the reference. 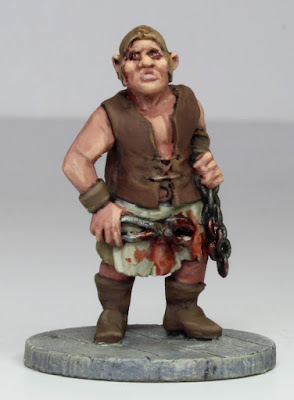 Narg is a lovely miniature, but it didn’t feel quite right with the other pieces that I was working on.  Instead I went for one of the Executioners set from ‘Fenryll Miniatures’ supplied through 'Figures4Sale', an Ebay seller.  This is not a make that I was familiar with and hadn’t realised that they were actually resin until they dropped on the doormat, here at Awdry Towers.  I chose the smaller of the two, not least because the larger version was a multi part kit and I just didn’t have the heart to tackle it at the moment.

There were some tiny imperfections that I didn’t notice until I started to apply paint, but on the whole this is a lovely sculpt, with just the right balance of malice and comedy to work on the tabletop. Having decided on my choice of torturer, I looked around at all the other bits and pieces that had been salvaged, but not used at this juncture, and cobbled together a little vignette. Contributors include an executioner’s block from ‘Black Tree Deigns’, rats from ‘Warbases’ and a brazier from ‘Midlem Miniatures’. 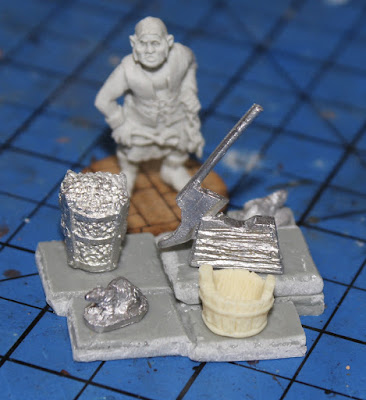 Although there are no immediate plans to start work on a dungeon I thought, collectively, that these pieces could serve as a grim reminder of the probable outcome of any transgressor! 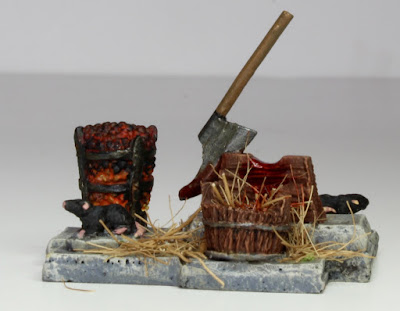 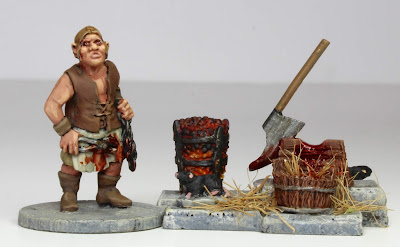 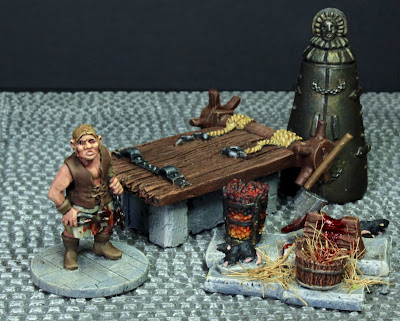