A Knight, Death and the Devil 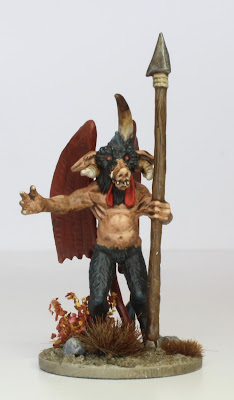 It is funny how the next diversion, or impulse buy, can seemingly come from nowhere.  A chance comment left on one of the many notable weblogs that I enjoy alerted me to the fact that ‘Antediluvian Miniatures’ were to have a Kickstarter.  My curiosity was piqued, for not only is my weakness for indulging in crowd funding hobbyness well documented, but ‘Antediluvian Miniatures’ are also the purveyors of some rather fine ‘Lost World’ related miniatures; but gentle reader, these were not dinosaurs but demons!  Taking mediaeval manuscripts as their inspiration the plan was to produce a host of demonic denizens of the dark, along with the usual stretch goals, to unearth all manner of ungodly creatures. 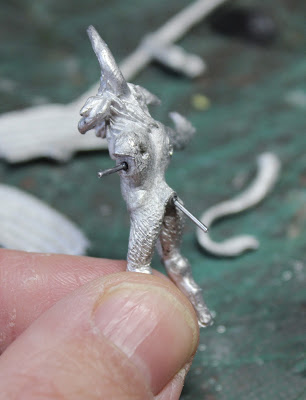 Always looking to justify an expenditure*, I squared this unusual purchase away as possible material for my Witchfinder General project.  The idea of battling demons across England’s green and pleasant land seemed to fit well with the ethos of a game that continues to hold my interest.  Exploring the rich and diverse folklore of the country continues to provide a rich vein of inspiration and the recent investigation of Donnybrook as a more accessible rule set have continued to see time, and pocket money invested, in the project.
*It helps me sleep at night. 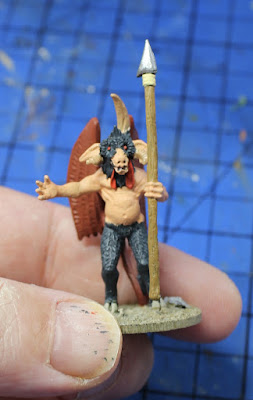 There has always been a fascination with the macabre, the oh so Gothic or the downright terrifying; not, you understand, to any worrying level, but a genuine fascination as to how evil has been depicted through the centuries.  As a budding art student young Master Awdry would stare in wonderment at Piranesi’s inescapable prisons or marvel at Dore’s illustrations for Dante's Divine Comedy, but it was the complexity of Albrecht Dürer’s etchings that really stirred my imagination. 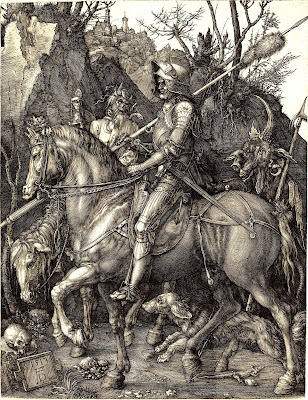 Imagine my delight when I discovered that one of stretch goals ‘Antediluvian Miniatures’ was proposing was a Demon Prince, inspired by the etching, ‘A Knight, Death and the Devil’.  This virtuoso engraving by Dürer depicts a lone knight riding through a threatening, desolate landscape all the time stalked by Death and a hellish abomination.  Created in, and around, 1513 here is an image that is packed full of ominous symbolism, evocative of the 23rd Psalm, ‘Though I walk through the shadow of the valley of death, I will fear no evil’ (Psalms 23:4).

As for the miniature itself, it was beautifully cast in white metal, but is made up of five constituent parts!  I have to confess that I find this much assembly a bit of a chore, but decided to persevere because of my love of the subject matter and ultimately glad that I did.  I pinned the arm and tail, but not the wings as they seemed to have a sufficient amount of cast lugs to make the join secure.**  The difficulty came with deciding on a colour palette, after all Dürer’s etchings are all black and white!
**I may ultimately regret this decision. 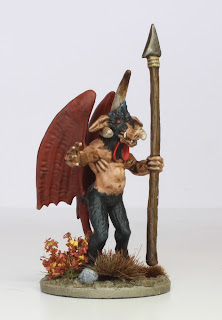 A little web based research unearthed some suitable reference material and I was fortunate to also find a painted version on the company’s website that acted as an invaluable source of inspiration.  The application of the paint also saw a bit of a departure from my usual approach.  I have been watching more of the talented Sorastro's painting tutorials on Youtube.  There are a number on painting zombies for Zombicide: Black Plague using base colours and Quickshade, so I thought that I would give this a go.  I have to confess that I was a little sceptical, particularly when it came to covering my carefully painted miniature with what looks like wood stain, but lo and behold, it works! 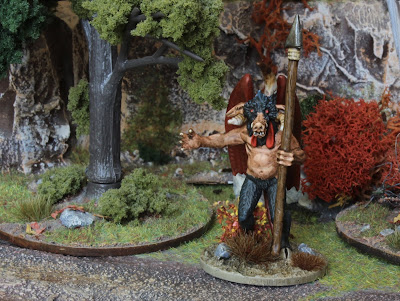