One Million Years BC!

This is a story of long, long ago; when the world was just beginning. 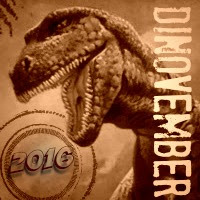 Welcome to this, the first post of 'Dinovember 2016'.  This is the month that I indulge in my love of all things Prehistoric, or at least things connected to that bygone age, no matter how tenuously!  My first offering is an adventurer from 'Antediluvian Miniatures' and one that is rather amusing titled, Raquel Scotch.  This delightful sculpt, as far as I am concerned, is a wonderful homage to Loana the fair, one of the central protagonists in Don Chaffey's One Million Years B.C. 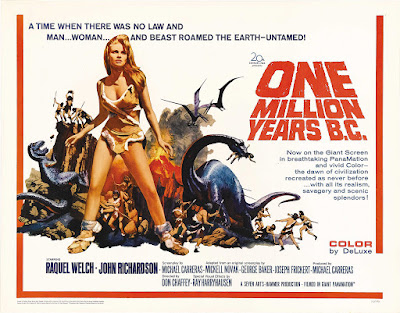 Now I would like to tell you that this was one of Young Master Awdry's favourite films, but sadly this was not the case.  When I first saw it, I remember being decidedly unimpressed by the Dinosaur quotient even though they had been ably brought to life by the fine work of Ray Harryhausen.  Over time this disappointment gave way to the appreciation of the outstanding costume design, how Miss Welch's outfit was not oscar nominated still remains a mystery? 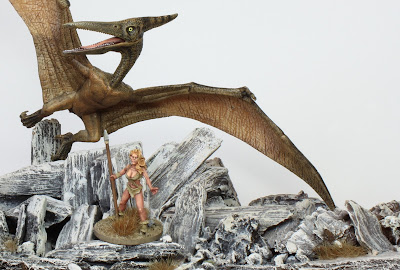 Now purely, in the interests of research, I decided to revisit this celluloid spectacular whilst painting the miniature and can report that I may have been a little hasty in my original analysis.  Yes there was still a sense of disappointment that the Dinosaurs didn't feature as much as I would have liked, but there were plenty more stand out performances that the ten year critic had missed; Martine Beswick's portrayal of Nupondi being an obvious one!  Still, I think that it is fair to say the special effects haven't aged well, but the whole adventure had a reassuringly nostalgic feel to it. 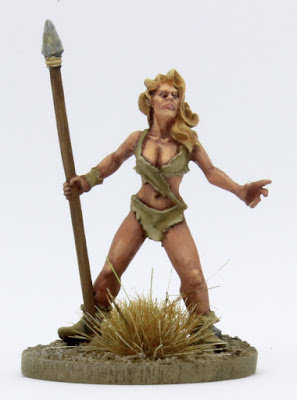 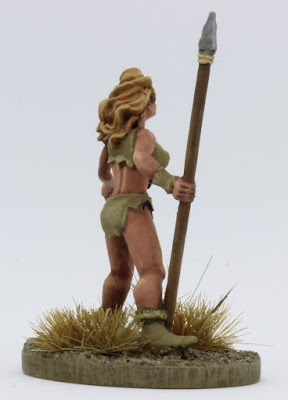 Returning to the miniature and I was happy to recreate the look of the film with the colour palette, not that there was a lot of outfit to paint!  Raquel actually came in a pack with a couple of adventurer types and I am hoping to share those with you over the coming month; for the time being let me leave you with one of the film's more memorable exchanges:

I'm sure the scriptwriter had many a sleepless night coming up with that!  Hopefully a dinosaur up next if I manage to get the airbrush working this afternoon. 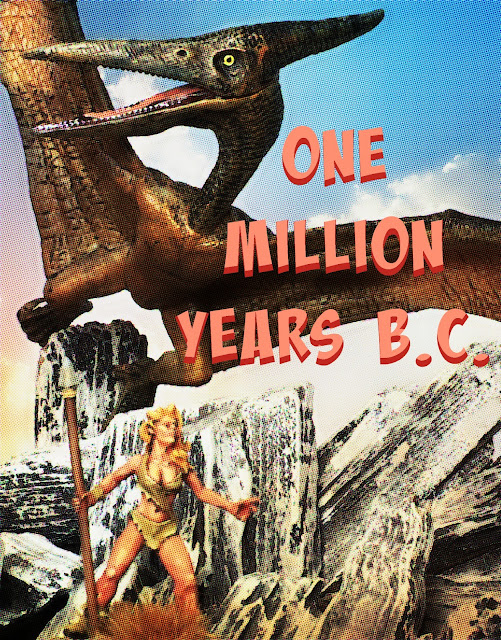