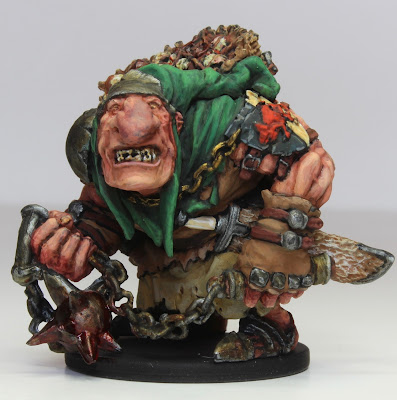 Ahead of next Saturday's gaming day, or play date as the 'Saintly Mrs. Awdry' likes to refer to them, I thought that I would paint up a couple of Zombicide, Black Plague survivors to take to the table.  'Bullcher Feb' has approached this is a very scientific matter, analysing the different attributes and putting together a balanced team capable of taking on the zombie hoard, I've just picked the biggest chunk of plastic I could lay my hands on - I give you Klom. 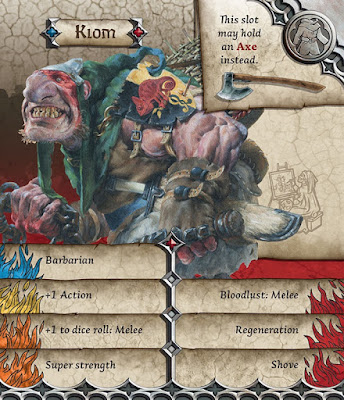 Lifted shamelessly from the official 'Black Plague' site, I can tell you that  Klom isn’t afraid of Zombies. He’s not afraid of anything – except spiders, but he’ll never own up to that one. An Ogre, Klom was a tough fighter and bandit long before the zombies started overrunning his camp. Once those pests showed up, well, then he just had something else to fight. With his flail in hand, Klom can stop just about anything and if that doesn’t work, he’ll just stomp them!  He’s taken a few trophies in his day, but others are finding the rotting zombie heads almost too much to bear, perhaps fingers would be better? 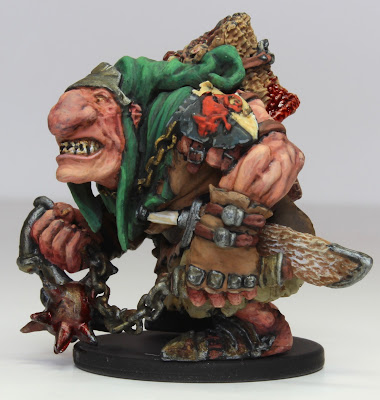 Initially I was worried about the sheer level of detail on this model, and with a base just shy of 35mm there is a lot of detail to contend with, but Klom has been a wonderful foil to the terrain building of late.  I would just spend forty miniatures or so every time I was waiting for something to dry and slowly, but surely, the massive frame of the Ogre has come to fruition. 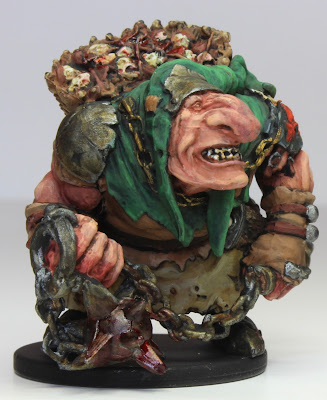 I'm not sure how he will fair in the game, but given that he starts with Barbarian, which allows him, when resolving a Melee Action to substitute the dice number of the melee weapon(s) he uses with the number of Zombies standing in the targeted zone, I see him very much as 'go-to' survivor when the hordes start to mass.  With the addition of Super Strength at orange level, Klom becomes an Abomination killer! 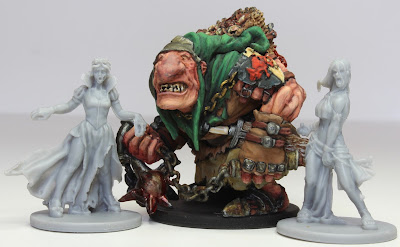 Whilst subtlety will never be his thing, I am hoping that Klom will raise the group's spirits and bring some levity to those tense moments, after all we all know that Ogres have layers.