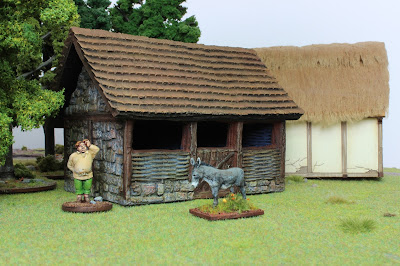 I recently took possession of some rather fine pieces from 'Barrage Miniatures', courtesy of Tamsin ‘The Wargaming Girl’s' 500,000 page view giveaway.  Thank you Tamsin, not only for the incredibly generous prize, but for also introducing me to the fabulous person that is Alf of 'Barrage Miniatures'.  Although aware of 'Barrage Miniatures', perhaps most recently through the work of the sublimely talented Curtis Campbell Esq. (see his Church and River boat), I hadn’t had cause to place an order, but now armed with a hugely generous €40 voucher I was certainly taking a little more interest in what they had to offer. 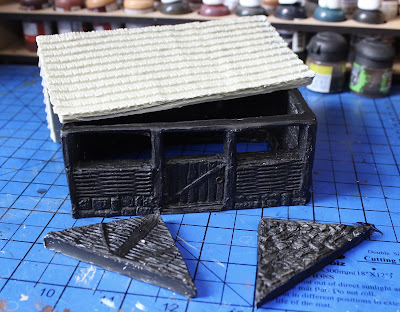 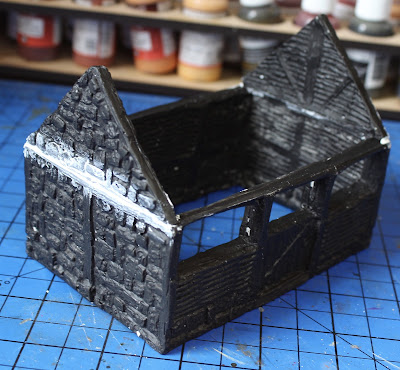 Having dismissed the rather splendid river borne flotilla, although I still have a hankering to game the Vietnam War at some point*, my eyes fell upon a medieval stable and some curious cobblestone roads, although I wasn’t entirely sure how I would use the cobbles so only opted for a square, thinking that I could add to it at a later date if necessary.
*I blame the glut of 1980s straight to video features for this, essential viewing for young Master Awdry. 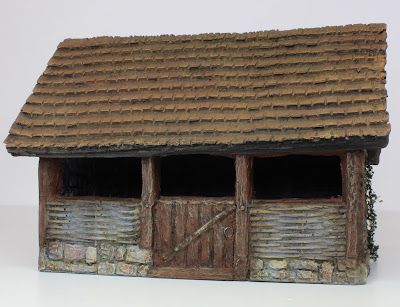 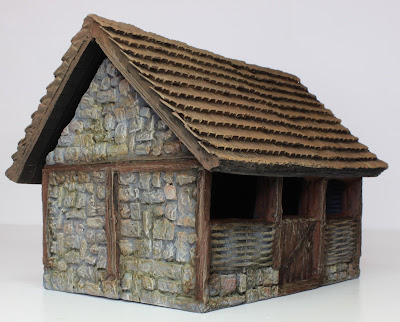 Now at this point I should say a little more about Alf.  From the earliest exchanges of emails to acknowledge the vouchers, Alf has been an absolute delight to deal with.  His enthusiasm and generosity has been unparalleled and I cannot recall when I had so much fun purchasing something, now admittedly I wasn’t spending my money which probably helps, but I really cannot praise this chap highly enough.  He even refunded the money for the cobblestone square because he wasn’t happy to charge for what was, in essence, a sample! 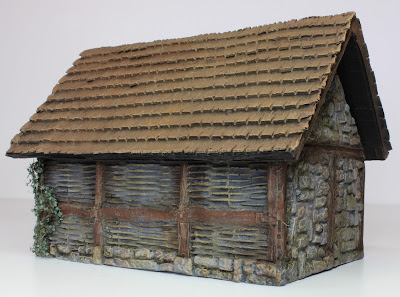 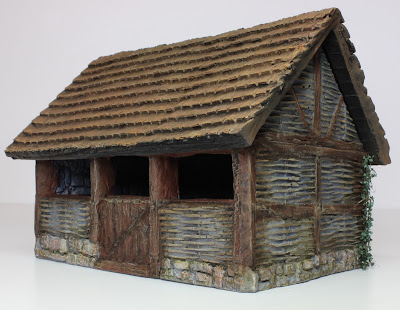 Back to the Stable and this four piece resin structure really does look the part, there is some evidence of air bubbles in the cast, but these are few and far between, easily filled and do not spoil the look of the piece.  At this stage, I am still debating whether to leave the roof section as a separate piece to allow easy access.  The sculpting was such that it rather painted itself, and I took most of my inspiration from the company’s website. 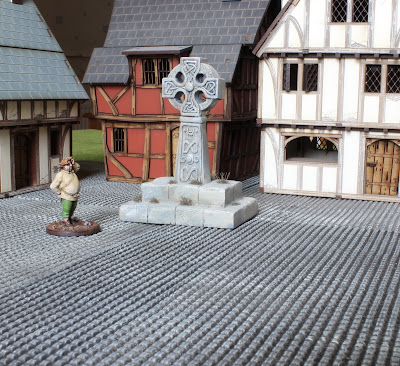 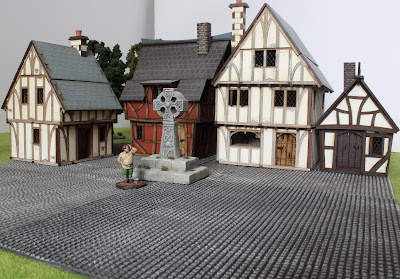 Finally then the cobbles.  This was really interesting piece of terrain as it is cast using a flexible resin material that is utterly indestructible.  Although when I ordered it I wasn’t sure what I was going to use it for, there was a notion that it might form a town square, particularly for my 'Witchfinder General' rules.  So pleased was I with this pre-painted sample that I have subsequently ordered another three pieces to make a more substantial square and who knows, there may still be cobbles appearing at some stage in Gotham City! 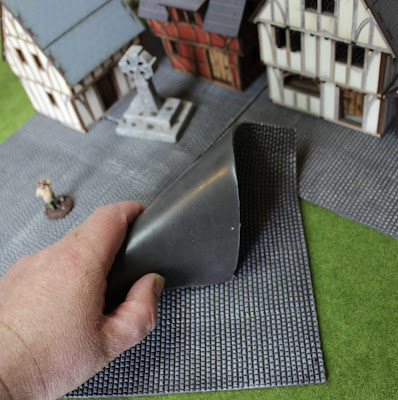 So Once again a big thank you to Tamsin whose generosity of spirit led to me scooping the prize in the giveaway, but also another thank you must go to Alf, whose joie de vivre has once again reminded me that this most wholesome of hobbies is populated by some truly wonderful people.