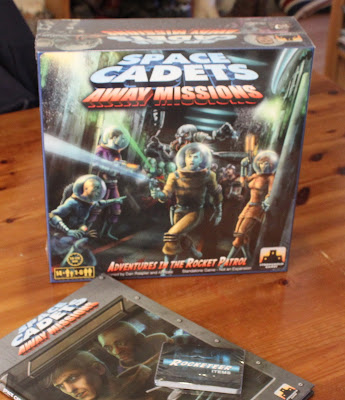 Well this is a little embarrassing, it has only been a week since the 'Rum & Bones' Kickstarter safely docked at 'Awdry Towers' and now 'Space Cadets - Away Missions' has beamed in!  Now fortunately for me I managed to get this rather large box over the threshold before the 'Saintly Mrs. Awdry' noticed, allowing me time to unpack and have the packing safely squared away before the inevitable confession.

I have tried to explain that there was a good two months between pledges, but having two parcels arrive in as many weeks was a tad unfortunate to say the least, in my favour this was a modest haul by comparison to the previous booty; the core box and a rather nice hardback book with exclusive scenarios and artwork. 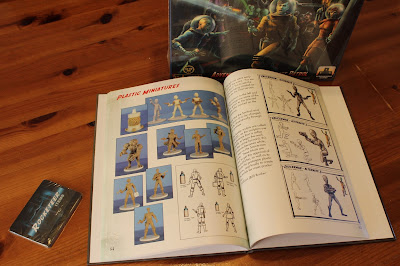 Everything is nicely printed, with good quality card stock and of course a legion of little green men! 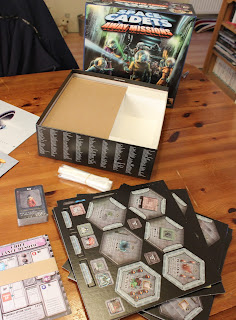 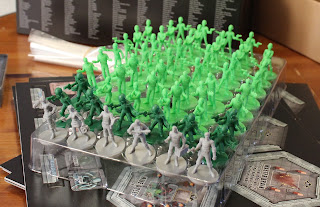 The success of the Kickstarter saw the designers invest the obey back into the core box with the addition of coloured plastic cubes to represent Hit Points and Oxygen along with some rather splendid sparkly dice - there was even a brain in a jar! 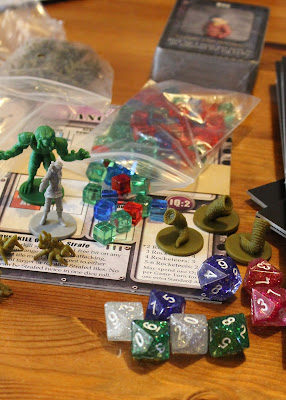 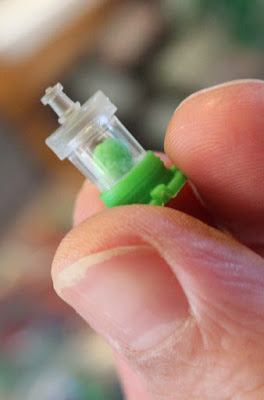 For me though it was the addition of the backers' names on the side of the box that made my day - nice touch. 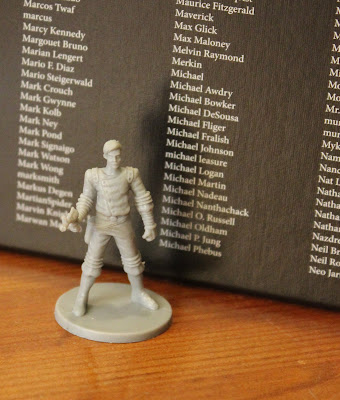 Unlike 'Rum & Bones' this game works well for solo play as the alien movement and attack is governed by a set game dynamic.  With that in mind it seemed appropriate to crack on with the first mission - Mercury: Alien Probe a good old fashioned bug hunt! 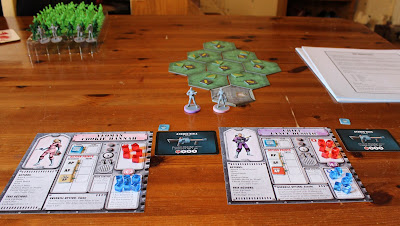 Yeoman Cookie Hannah and Chief Lance Desoto survived the first contact with the Alien menace and start scanning the ship for the elusive Sentinel.  Every scan sees a tile flipped revealing the contents on the room, which could include useful items, alien technology and of course enemies. 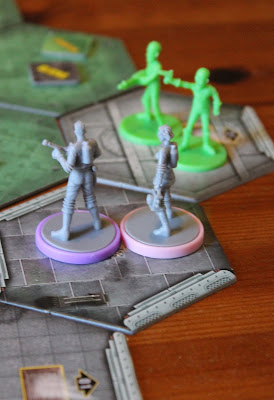 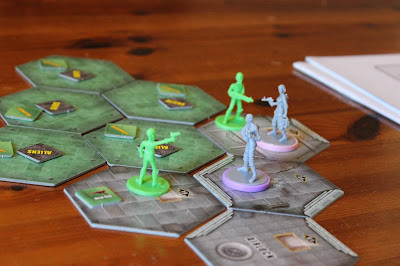 As the team worked their way around the ship more and more saucer men appeared along with a leader and then the appearance of the Sentinel himself - *gulp*.  After a moment of 'panic', which saw Yeoman Cookie lose a precious oxygen cube, both members unleashed their Atomic Rifles to good effect, scoring the four hit points required to put the Sentinel down - *phew!* 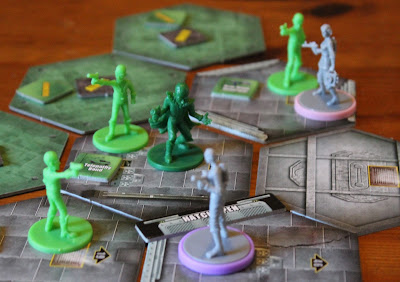 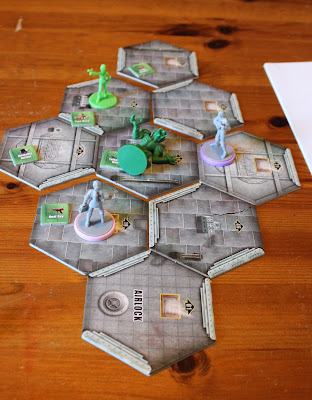 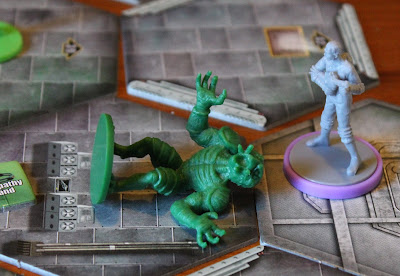 I don't know exactly why, but this game really appeals to me, more so than the hugely successful 'Rum & Bones'. Its collaborative nature will mean that it will be great for team play and the use of items means that each player can often string together wonderfully elaborate turns that never fail to raise a smile. The slightly corny feel of early Sci-Fi is alive and well and try as I might, I couldn't help but make *swoosh* noises every time a hatch was opened.  Time to strap on the oxygen tank and head off for the next mission...