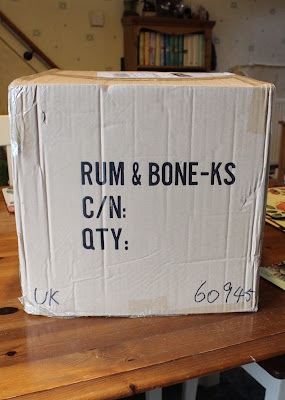 The start of any academic year is a busy time at best, but this year the return to work was sweetened with arrival of my 'Rum & Bones' Kickstarter.  Having learnt my lesson from past crowd funding escapades I pledged for the basic Captain level, with a couple of extra packs of dice*, back in December 2014.  Of course that is the problem with Kickstarter, the waiting!  Back in 2014 you couldn't move for piratical wargaming fun, but at the back end of 2015 there is barely a black sail on the horizon!


*You can never have enough dice! 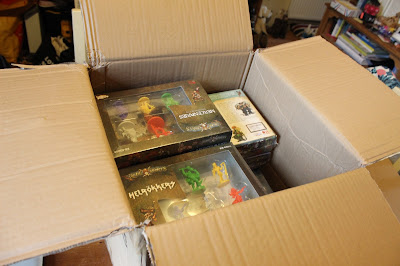 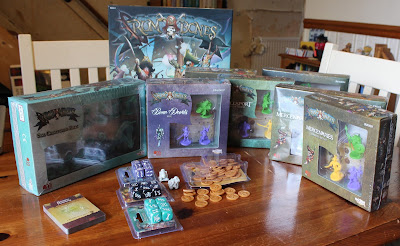 Of course there are other benefits to pledging and that is all the free stuff!  The additional exclusives on this one meant that I failed to sneak the not insubstantial box past the 'Saintly Mrs. Awdry', which in turn brought a derisive, "what have you done now?"  Not one to be deterred by the sudden frost that enveloped 'Awdry Towers', I set about unpacking my plunder. 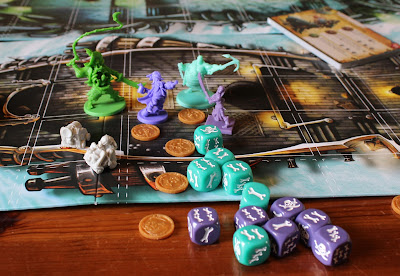 My first impressions are that it looks fabulous, the design of the miniatures, boards, rules and even the packaging have real quality to them, but what about game play?  I hurriedly set up the boards and populated them with pirates selected my factions - in this case the Wellsport Brotherhood and the Bone Devils.  From the outset it was clear that this wasn't really intended for solo play, but my intention was just to get a handle on the rules.  Before long deck guns were cutting swathes through pirates intent on crossing gangplanks, heroes were rigging across from ship to ship with no apparent regard for health and safety and the Kraken, well actually the Kraken didn't turn up because as just as I got going it was time to put my toys away for supper! 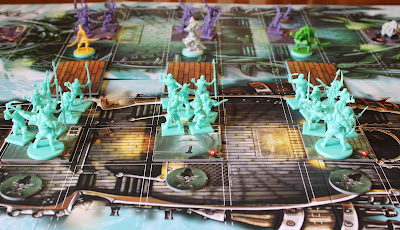 Unperturbed, I tried again this afternoon and can report it really is great fun!  Fast and furious, the game  requires you to accumulate objectives to secure victory points, but of course there is treasure to be had too!  Gold is awarded when Heroes dispatch Deckhands and can then be used to unleash ever more powerful attacks or unlock special abilities. 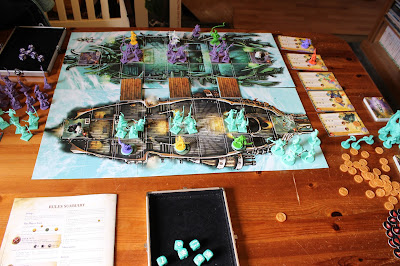 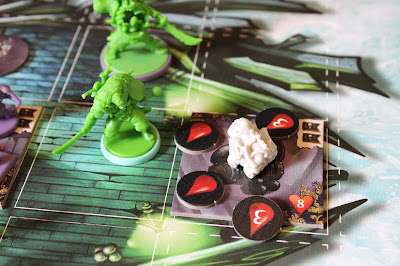 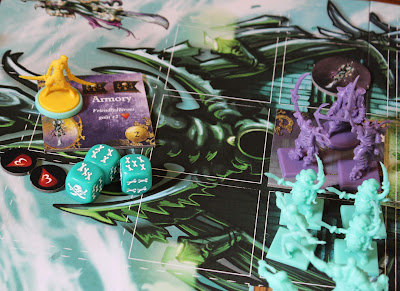 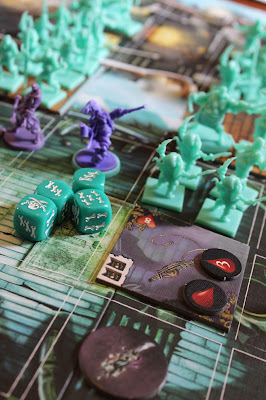 The above pictures show key moments as members of the Wellsport Brotherhood snagged the three objectives necessary to see them win the game and below the state of boards at the end of the game.  All over in just over an hour and half, this is a great fun, fast game.  I imagine as one becomes more familiar with the factions' attributes, and depending on the luck of the draw with the tide cards, each game could differ completely.  That said, I'm glad I didn't go overboard** with my pledge as I can always add different factions if it captures the imagine of our small gaming crew.  I shall certainly be painting up a few pieces in due course as they really are too good not to, but as to well - who knows?
**Pun very much intended! 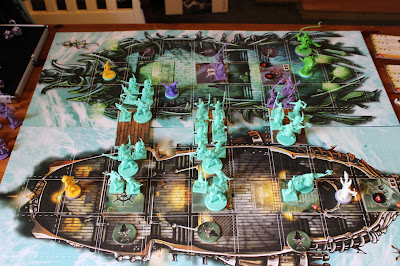