Tea time in the Crimea 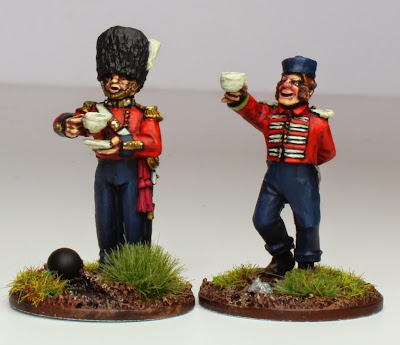 As we are currently enjoying a half term break, I thought I would indulge myself and post some finished work for a change and so for your delectation, I present theses additions to my Crimean War collection.  Now every now and then I come across a miniature and think I just have to have one of those.  This has often resulted in some truly spectacularly ill-advised purchases, that now languish somewhere in the lead pile, I ask you who buys roller skate wearing waitresses wielding baseball bats?  Well that would be me!

These however, stood a fair to middling chance of not only getting painted but also of actually being of some use.  The tea time collection of miniatures by 'North Star Military Figures' is such a wonderful idea, demonstrating a company that is so confident about its position in the market place that it has persuaded the companies under its banner to contribute with individually commissioned miniatures enjoying a cup a tea - how charmingly English!  The first up, 'Tommy Atkins', painted as a member of the 19th Regiment of Foot, the Green Howards; his ruddy complexion betraying the fact that he has sought solace and bravery in the shape of a bottle and not a tea leaf.*

*Pun most definitely intended, as I'm fairly sure that he has requisitioned his bottle from the Offices' Mess!

This is one of two contributions to the tea time collection from 'Great War Miniatures'; eluding to the infamous story of the short-tempered Lord Cardigan,** who, on seeing Captain Reynolds and not Captain Nolan as the 1968 film would have us believe, place a bottle of Moselle wine directly on the table, flew into such a rage as to have Captain Reynolds placed under military arrest! 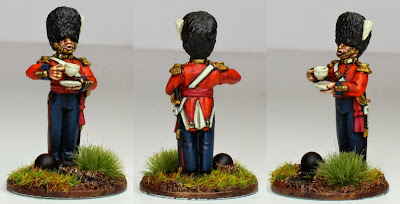 The second of 'Great War Miniatures' contributions comes in the shape of this Guards’ officer, painted here as a Grenadier.  I am afraid that I stole the idea of the cannonball landing as his feet directly from the 'Northstar' site, but it really was too good an idea not to do so.   Finally then a Russian General that arrived in the post from that splendid chap, Stefan A.K.A. Monty of 'Monty's Caravan' fame.  Stefan is a hugely generous person who thought that I might enjoy painting this up and indeed I certainly did! 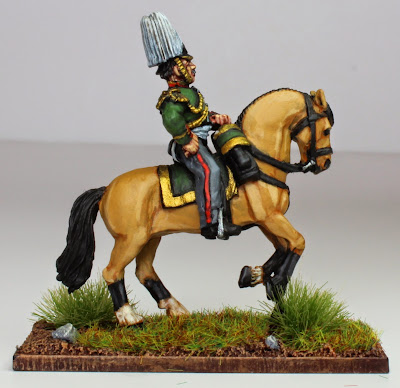 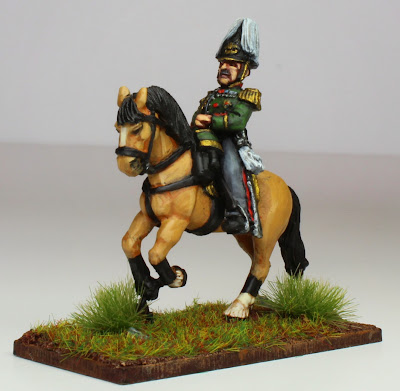 I believe this is part of the Russian High Command pack from 'Foundry Miniatures', but I am ashamed to say that my knowledge of Russian Generals is a little patchy at best, but my superficial research unearthed some reference material and a name in, Dmitri Jerofejewitsch Graf von der Osten-Sacken, which seemed to fit the bill nicely.  My thanks to Stefan and I hope you approve of my humble efforts at bringing him to life? 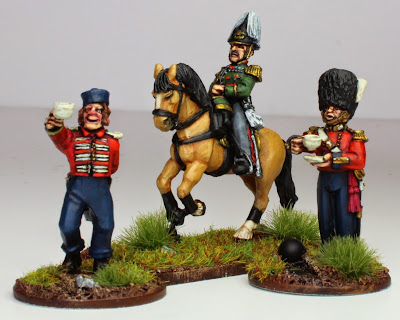 Finally, just because I can, enjoy the fictional retelling of the 'Black Bottle' incident from Tony Richardson's much maligned 1968 film, 'The Charge of the Light Brigade' starring Trevor Howard as the overbearing Lord Cardigan.