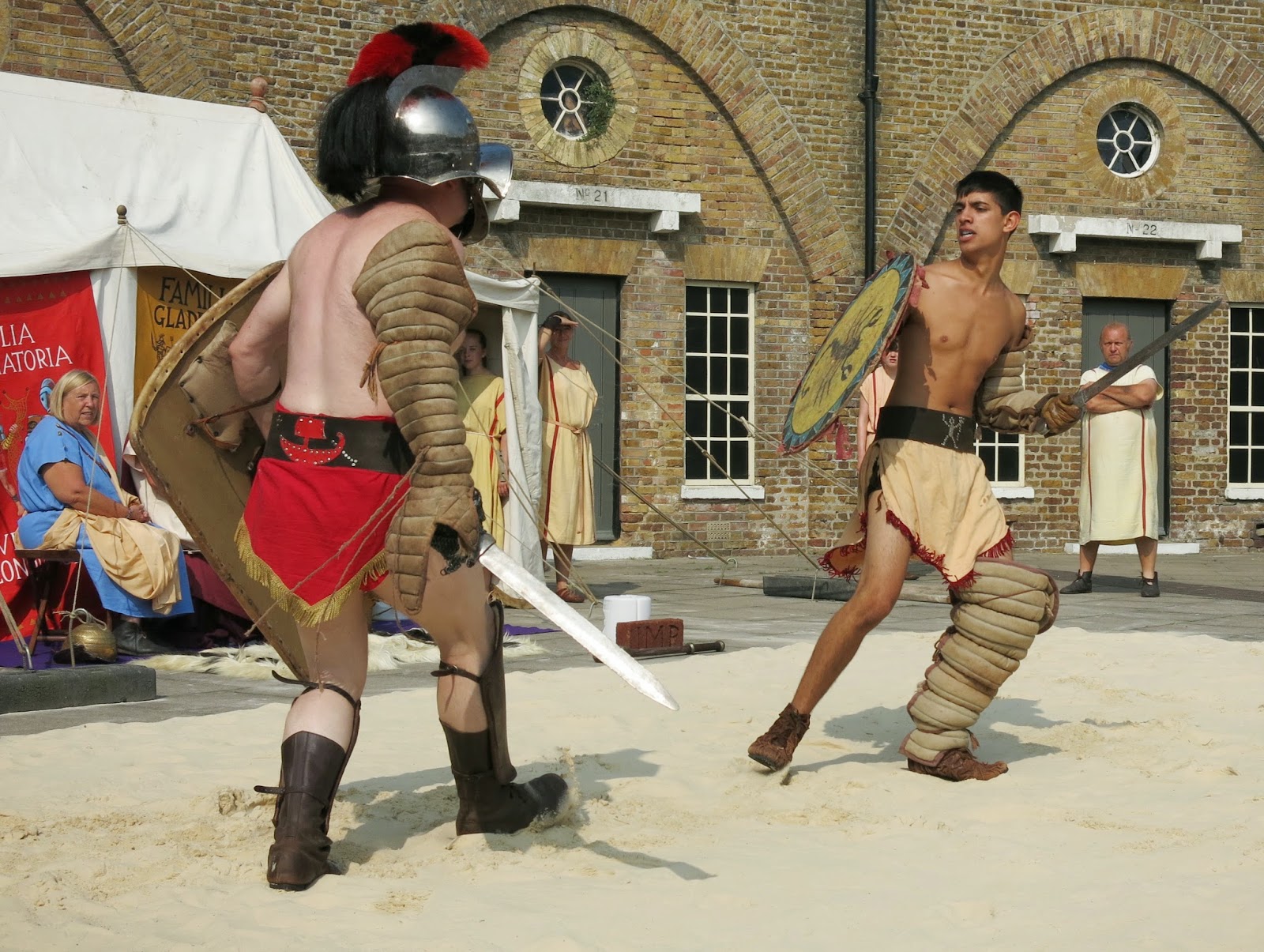 During my period of self imposed exile from our cosy corner of the blogosphere, the 'Saintly Mrs. Awdry' and myself took advantage of a particularly pleasant end to summer by indulging in some days out and about.  One such venture saw us travel into the Sunshine Coast's mighty metropolis to take in some gladiatorial games.  Yes, as strange at it might sound, Eastbourne played host to a re-enactment group, known as Britannia and on a lovely sunny, Sunday morning we were treated to a series of gruesome bouts at the Redoubt Fortress.  This really was an unexpected delight, with many of the group veterans of Ridley Scott's triumphant,  'Gladiator' and more recently the wonderfully entertaining, 'Horrible Histories'. 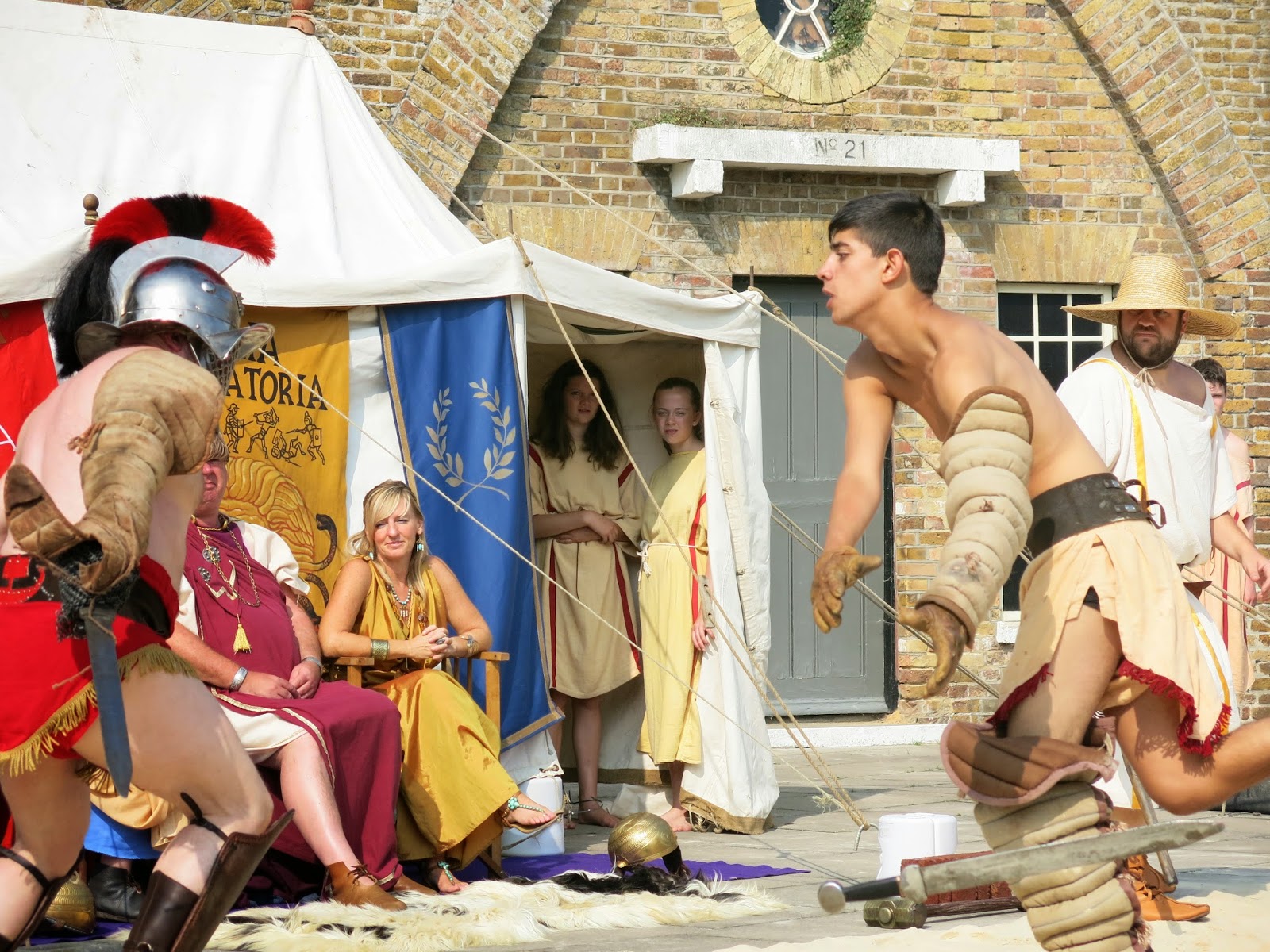 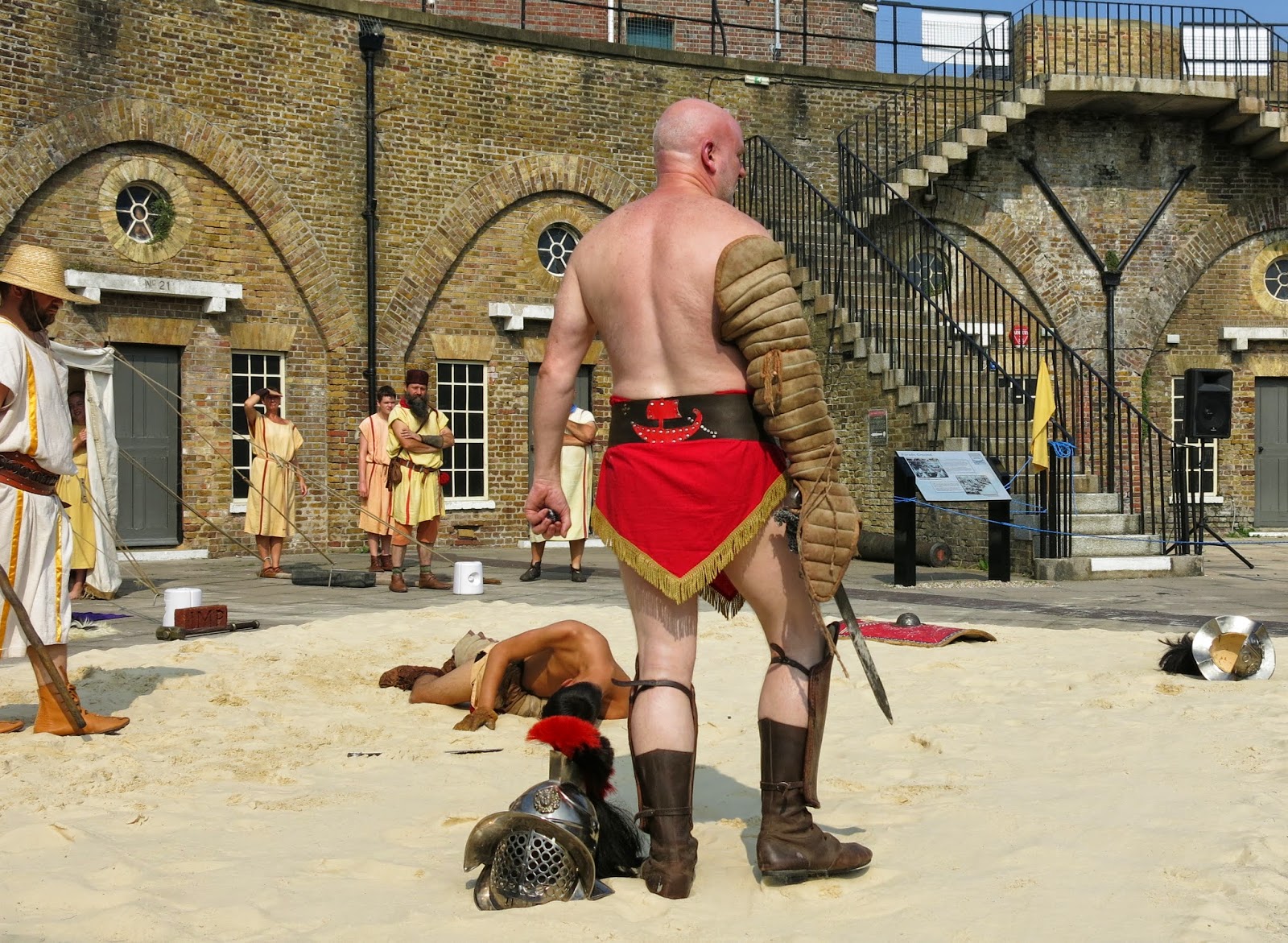 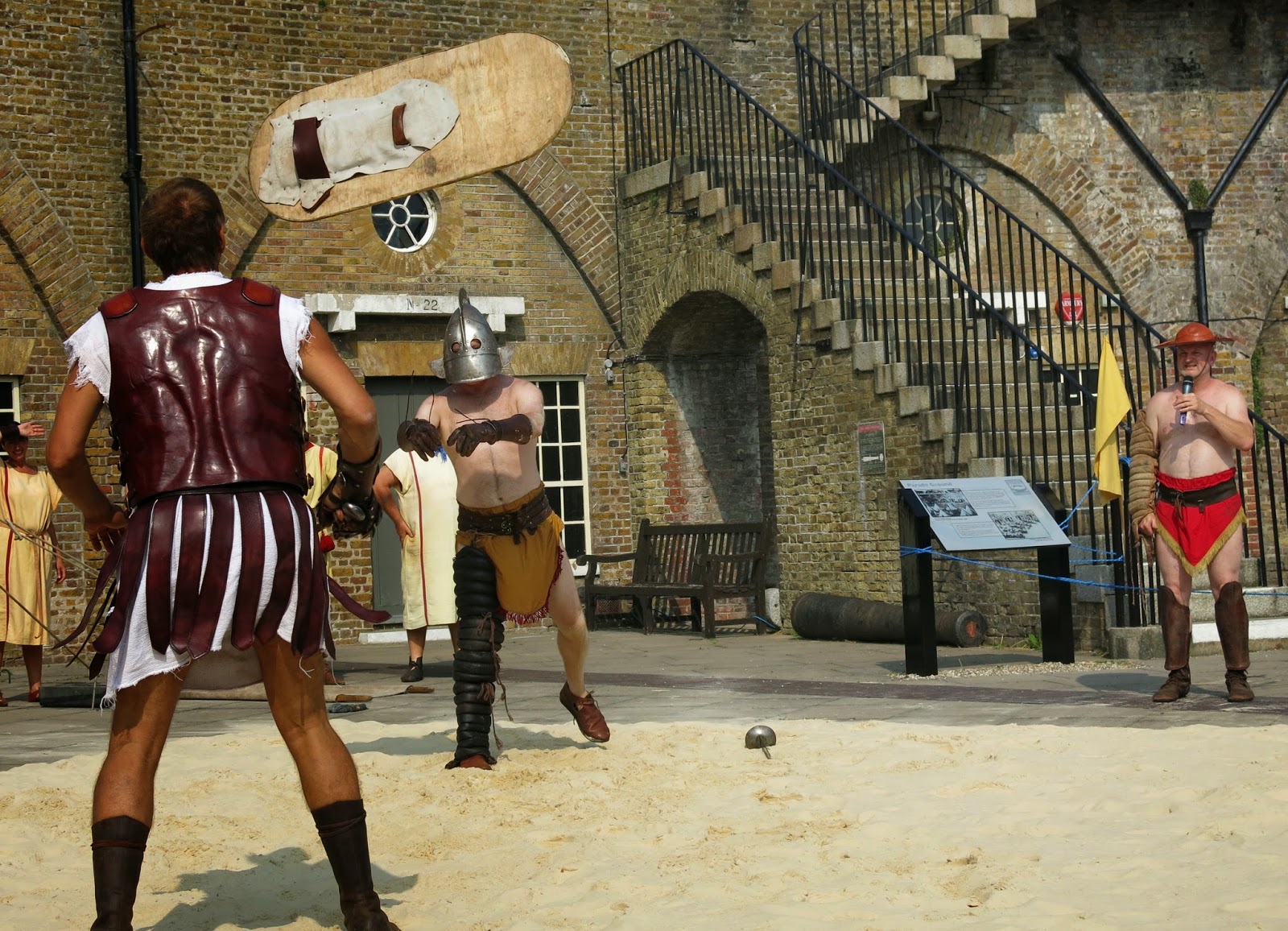 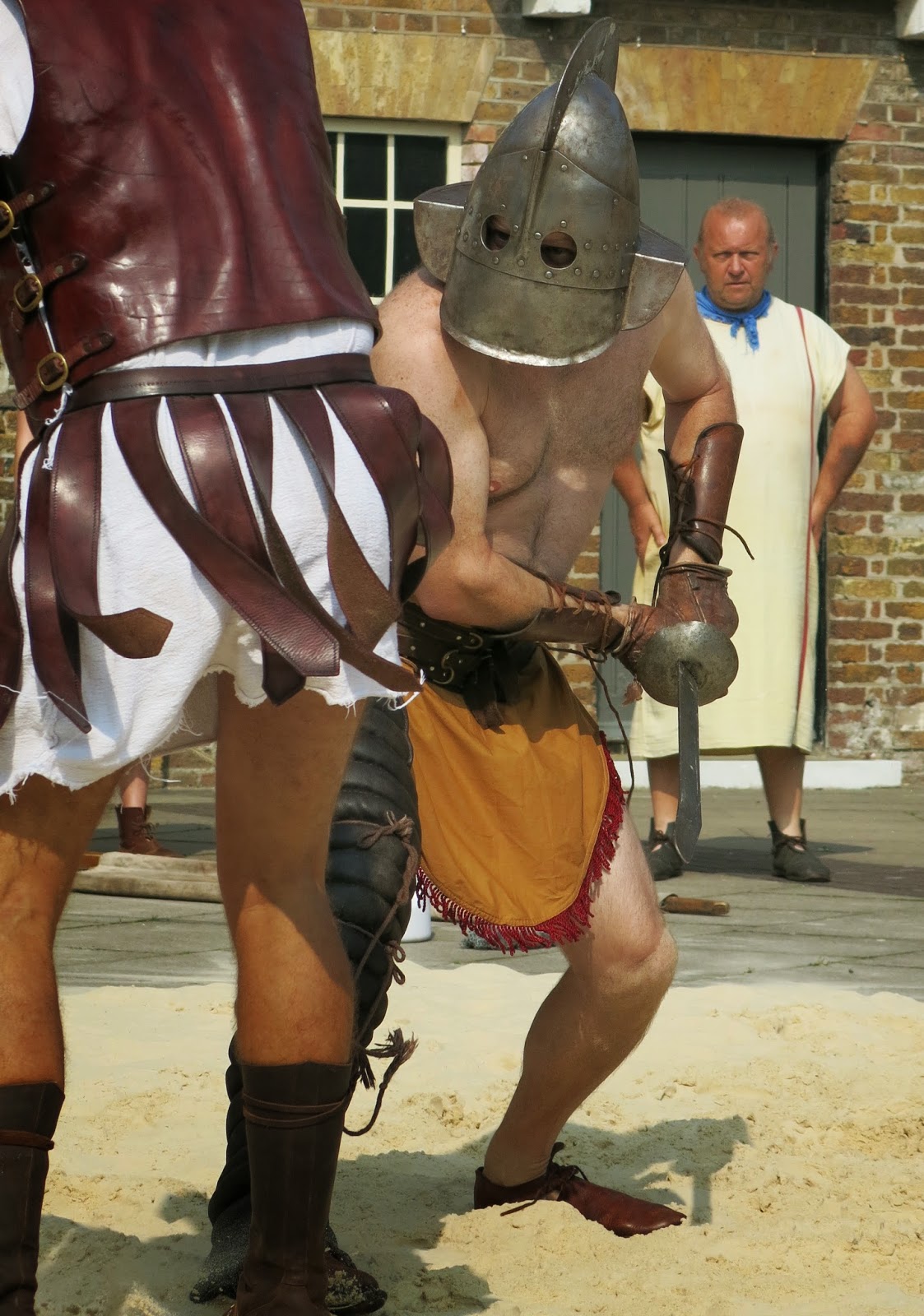 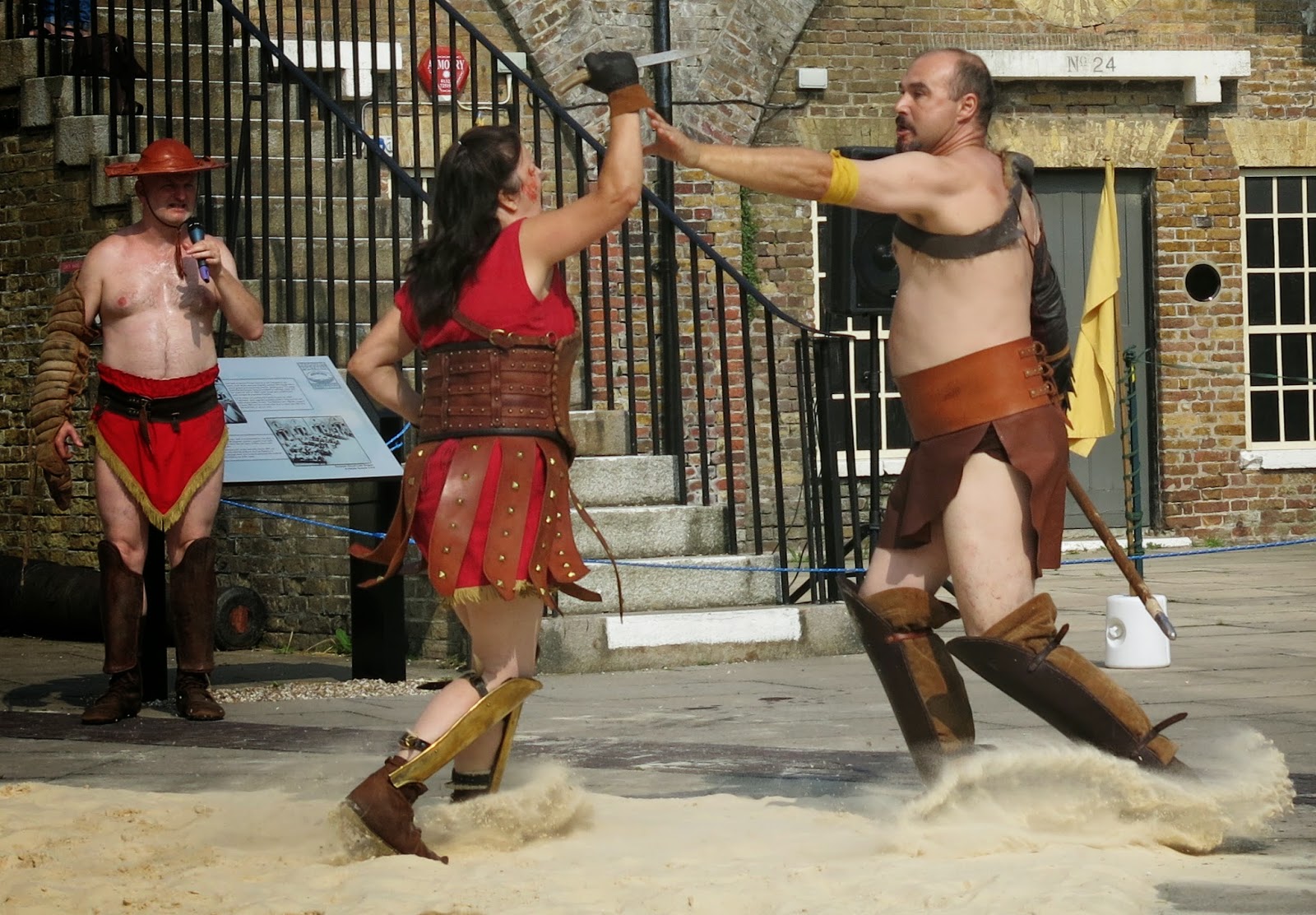 Although carefully choreographed there was a real sense of drama and excitement to the bouts, not to mention a fair bit of gore!  Throughout the morning each style of gladiator was introduced with potted histories to further educate the masses.  After the 'show' we were encouraged to ask questions and get hands on with some of the equipment, in fact I was quite alarmed at just how quickly the 'Saintly Mrs. Awdry' leapt up try on one of the helmets! 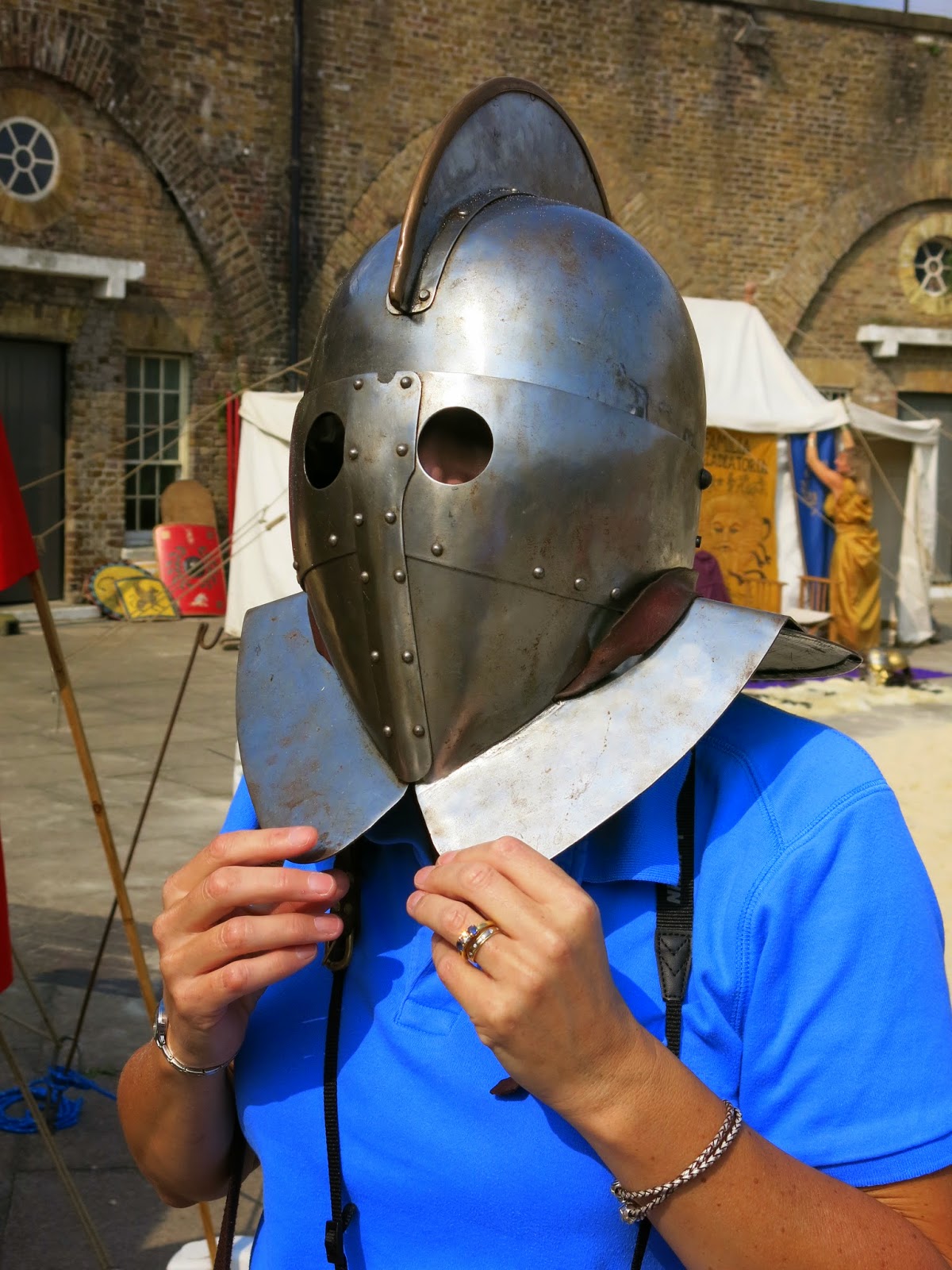 All in all a fabulous morning and a great opportunity to blow away some cobwebs from the night before.  There was something rather magical about the setting in the Redoubt, but the only shame was that is wasn't better attended, but we were most definitely entertained! 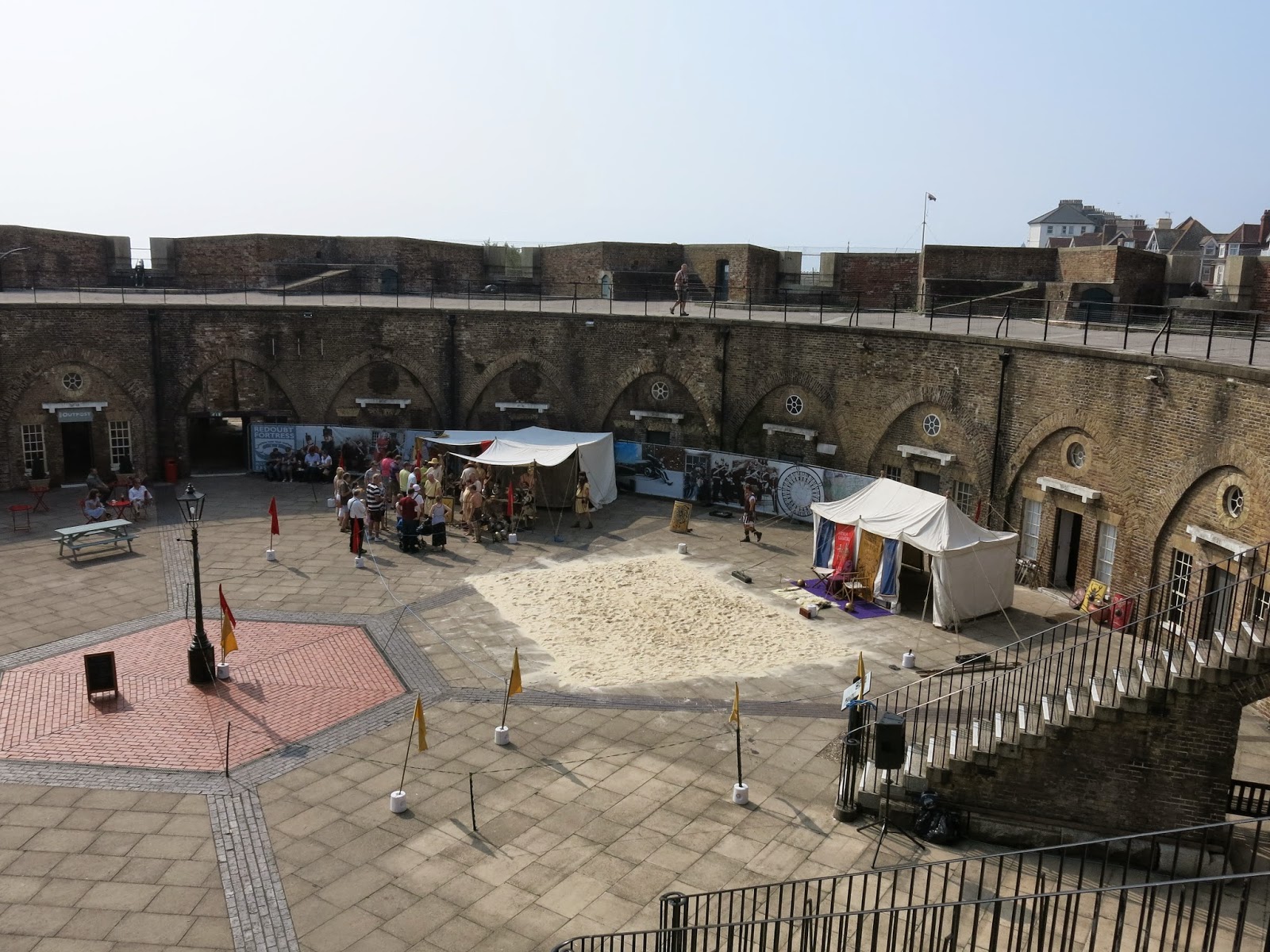