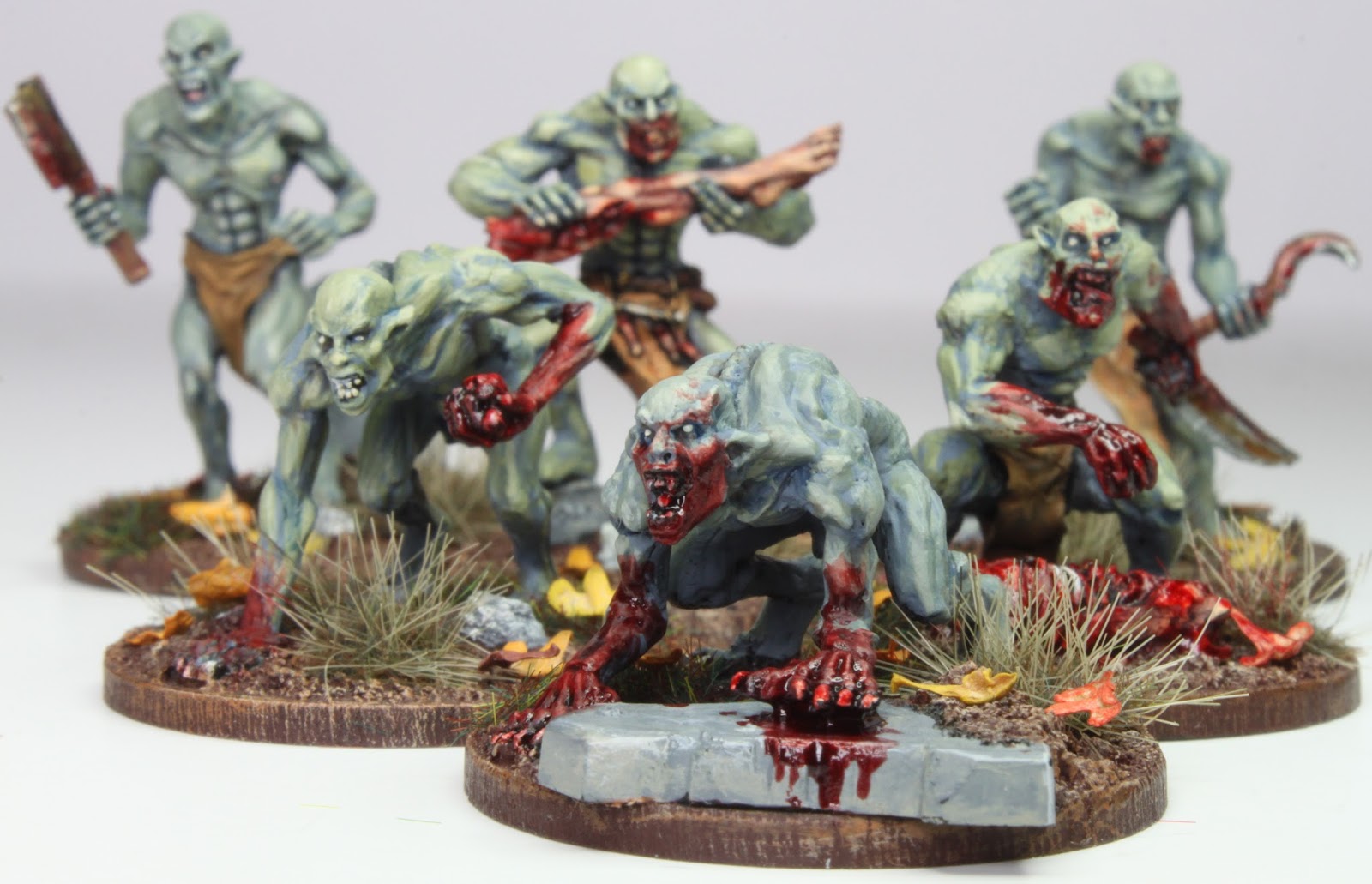 To quote from the 'Witchfinder General' rulebook,

"Noctelinger are neither man nor vampire; but are deranged hybrid killers.  The noctelinger are used by the vampires to spread fear amongst the unruly and to dispense retribution to the enemy.  Without self-will or rational thought a noctelinger's blood lust is second only to following orders of its evil master."

Given this description the 'Hersey Miniatures' ghouls were the obvious selection given their pointed ears and sinewy frames.  Images of them also feature heavily in the rule set, actually making them very difficult not to consider as the creature of choice.  If truth be told I had been looking for an excuse to order these fine miniatures for a while now and although a little on the expensive side I knew that there was also the possibility that I would be able to use them for the ZombieTv rules as well - you see every purchase can be justified! 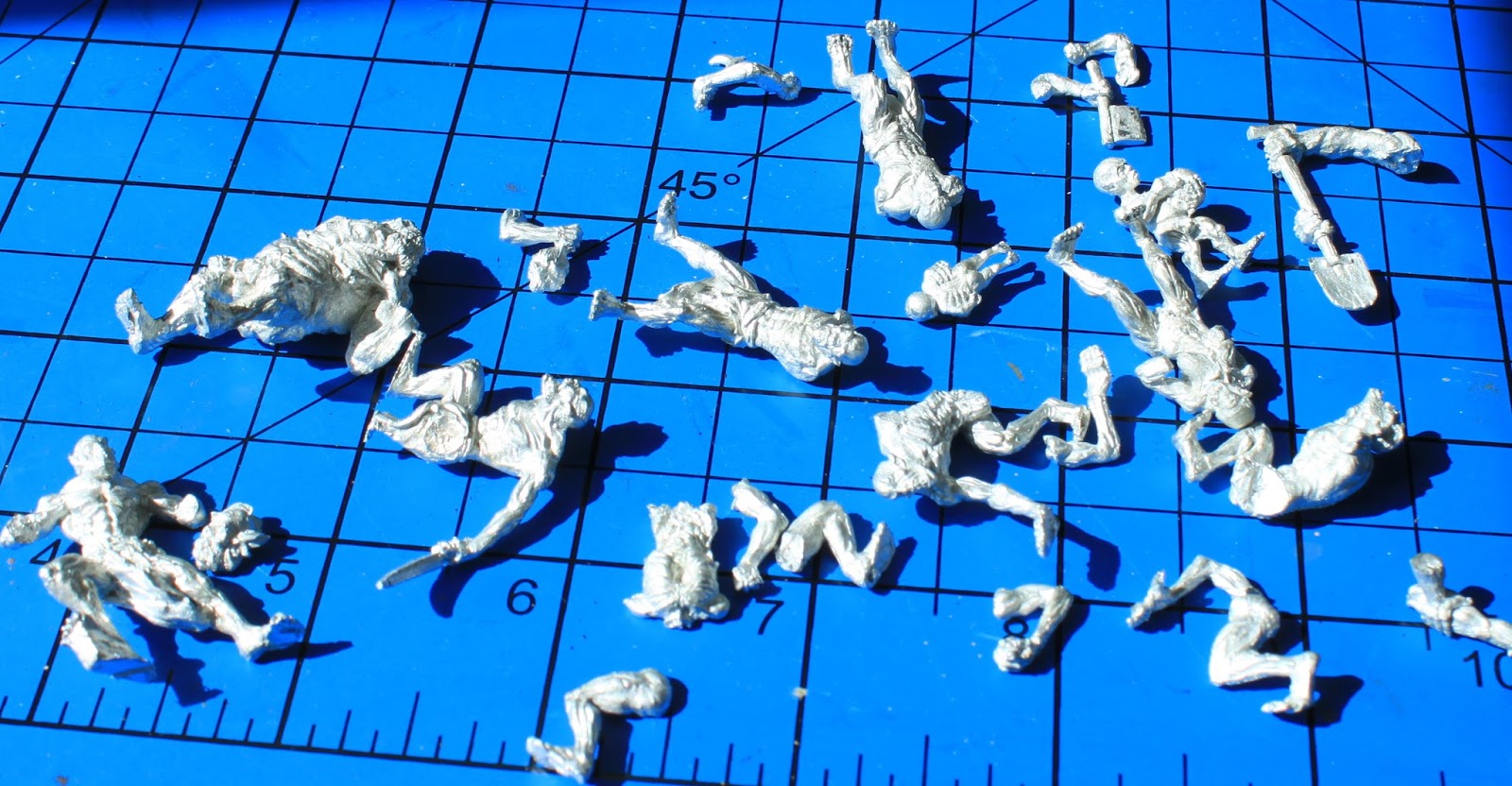 I hadn’t really taken on board just how much construction they would require until they arrived, but set to the task with file, side cutters and green stuff and before long they were starting to take shape.

With regards to detailing, I stole most of my ideas from the company’s website, choosing to base them on ‘Warbases’ 30mm MDF discs, a little larger than I would normally use, but the dynamic poses and collected detritus I was loading onto the bases seemed to demand more space. 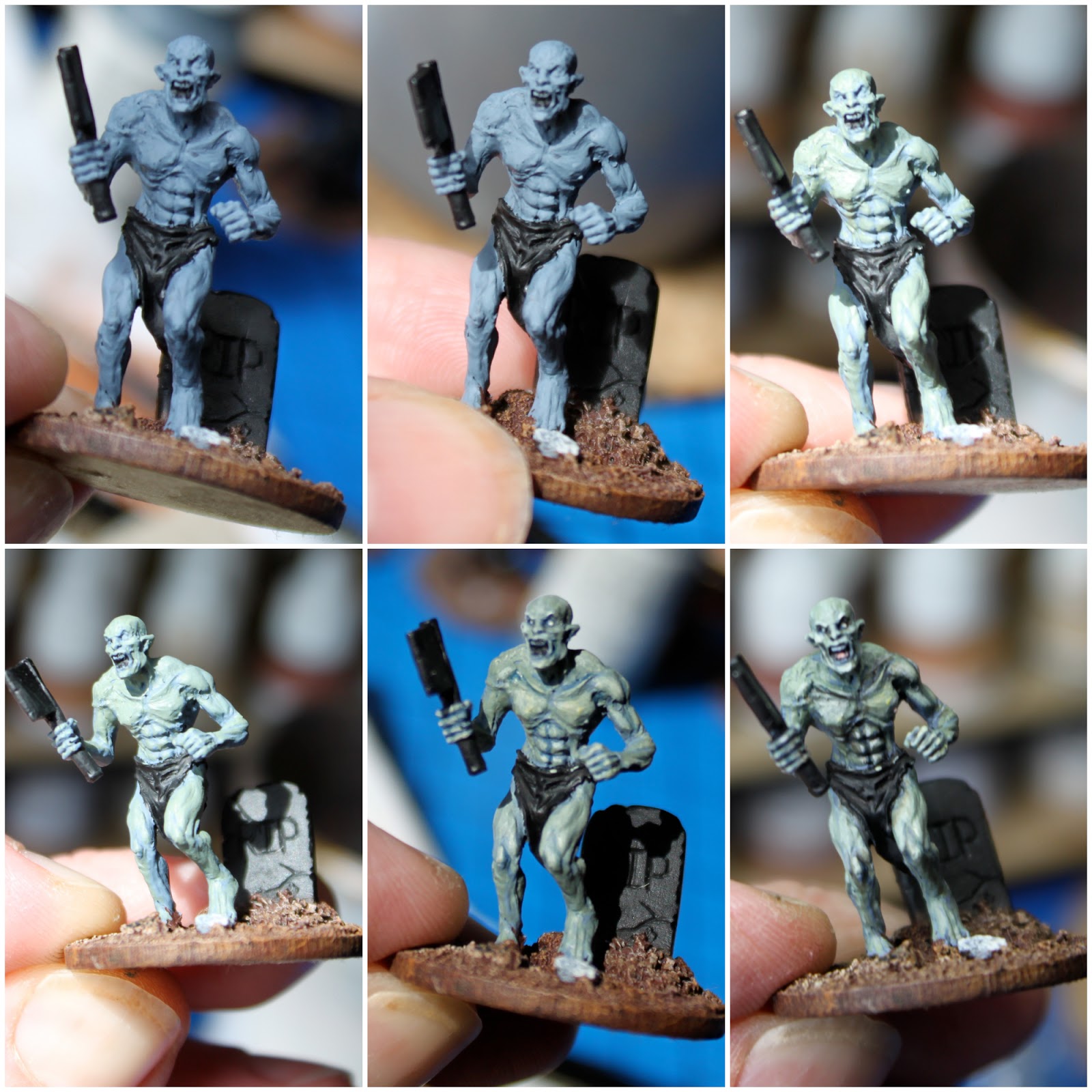 So taken, was I, with the images on the 'Hersey Miniatures' site that when it came to painting, I was keen to try and emulate them if I could.  That said, when it came to colour palette it was Mr Finch, of 'Minis by Finch' fame that proved to be of most use.  His work on a Heresy cyclops was truly inspirational and although not a patch on his, I was glad to have his work as a reference or starting point if you will.

The layering of paint and use of glazes obviously added to the production time and I was surprised just how long the six took me to complete, probably one of the reasons that the remaining miniatures (a Ghoul king and rather grisly mother and child) will just have to wait for the time being.

I had been looking forward to, but at the same time quite fearful of, the application of the gore; after all who spends hours painting a miniature only to shroud them in red paint?  Fortunately Tamiya Clear Red is a wonderful product and mixed with a little black to take the edge of the colour really does the job of representing the remains of some poor unfortunate! 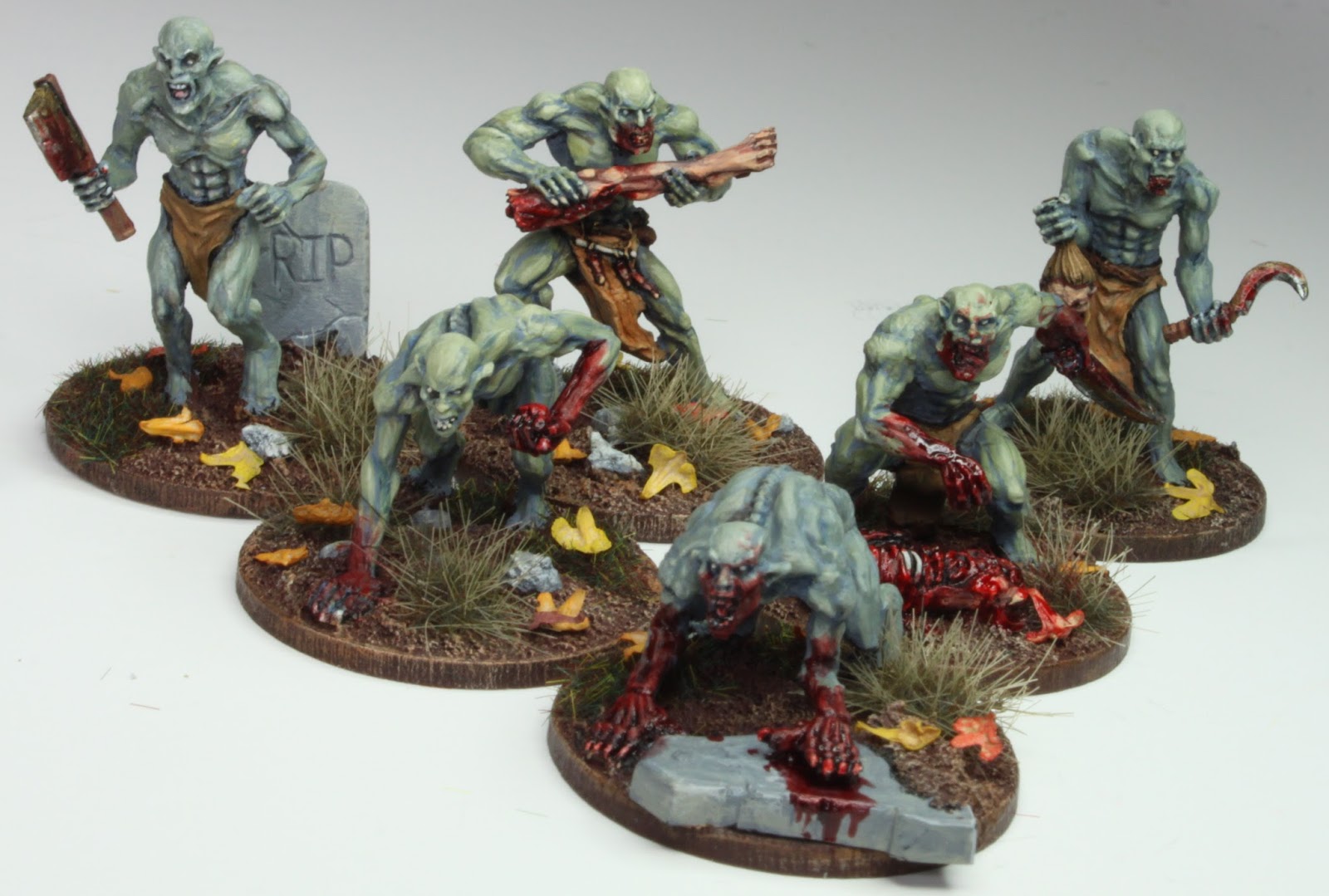 I have to say that I’m thrilled with the results and much of that is due to the quality of the sculpts from Heresy, it was certainly worth the effort to put them together properly, now it is time to get to grips with Mr. Andy Foster's Hellhounds so we can start the next phase - The Barguests!