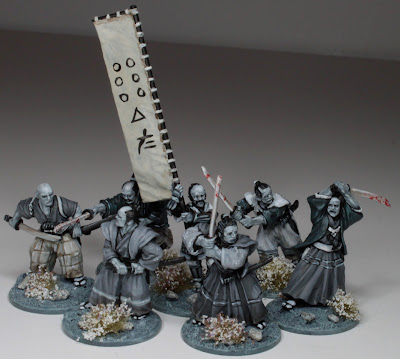 The '3rd Annual Painting Challenge'  was always going to be difficult for me given my snaillike painting speed, but having been blown away but the ingenuity and beauty of Curt's 'Great War in greyscale' project, I'd been harbouring a notion to have a go at this technique myself and when the theme for the challenge was announced as Samurai an idea started to form.

Like a good many I adore, Akira Kurosawa's Seven Samurai and this wonderful piece of cinematography became the inspiration for my own greyscale project - 28mm Seven Samurai!   Now I'm here to tell anyone who listens that this isn't as easy as it appears and I certainly should have given the palette more consideration before diving straight in; as a result there is a definite blue hue that I had't envisaged. 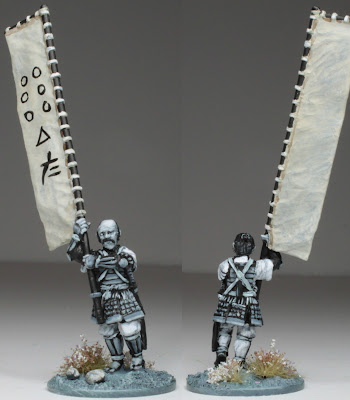 I just couldn't resist a spot of hollywood red blood on the drawn katanas and, now that it is complete, I'm jolly pleased with the results.  These have become my entry fee for the challenge and although Curt only asked for one painted miniature I couldn't bear to break up the group.  Just for his continued hard work and heroic efforts in managing the challenge, I can think of no better recipient for the 'Seven Greyscale Samurai'.


These were originally the 'Perry Miniatures' Samurai fighting in everyday clothes with the addition of one of the banner men to carry the 'Seven Samurai' motif on the sashimono. 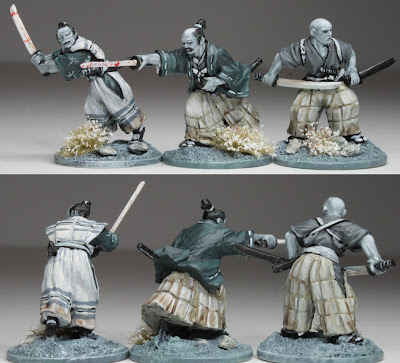 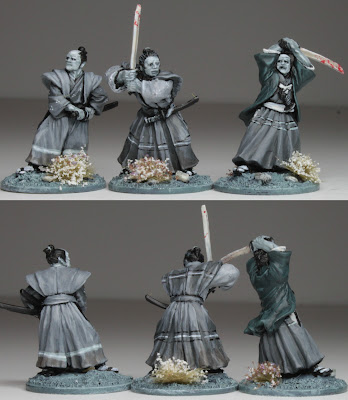 A little bit of edited fun to try a convey a feeling of the miniatures as if through Kurosawa's lens.