British Cameleers & a 'Thank You'! 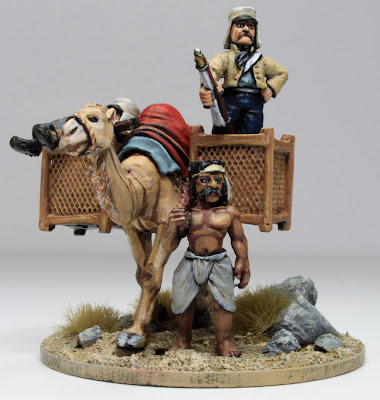 Indian Mutiny, British Cameleers; a curious contraption and great fun to do, but over the last couple of days I've started to have a wobble!  British Cameleers, India, really?  I'd 'won' this on fleabay, and sure enough it was listed as,
WARGAMES FOUNDRY GPR28 INDIAN MUTINY BRITISH CAMELEERS 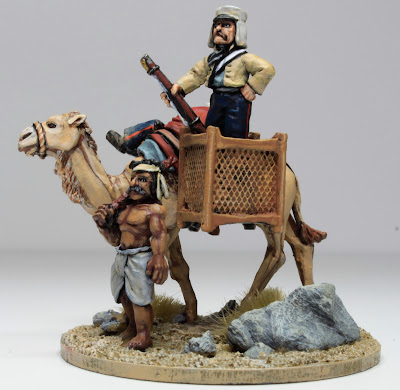 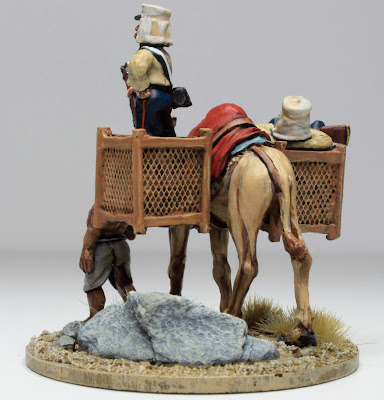 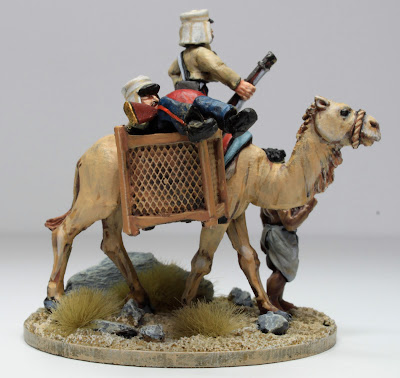 However when it arrived I noticed on the pack it simply said, general purpose; curiouser and curiouser.  I've been through my reference, which admittedly isn't vast, but to no avail, I've even trawled the infoweb, but I can find very little reference to British Cameleers.  I have found reference to Afghan Cameleers taking their camels over to Australia and some limited reference to them as part of Elphinstone's ill-fated army on their retreat from Kabul, but nothing of them been in general service.  I have to admit that I'm not hugely worried at this as mine will form part of a baggage train or support for artillery, but my curiosity has certainly been piqued!  If anyone does have a definitive guide to the use of camels during the Indian Mutiny of 1857 then please let me know, in the interim, 'Bhaji' (yes the Saintly Mrs. Awdry has named him already!) will be taking his place alongside the other Indian Mutiny miniatures. 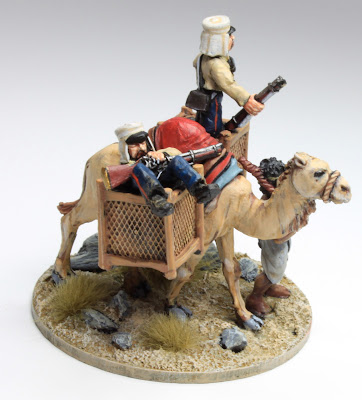 And the thank you...

A big THANK YOU to Dave D, whose blog, the wonderful 'One man and his brushes.', has recently celebrated its first birthday!  As part of the celebrations Dave organised a rather splendid 'giveaway' including all sorts of cracking titles.  I had expressed an interest for 'The Old Contemptibles' by Robin Neillands and was duly rewarded with a reassuring thump on the doormat when it arrived a couple of days ago.  This will of course mean that I shall be on the look out for some early war miniatures at 'Salute 2012'!  Anyway another 'thank you' to Dave and I strongly urge those haven't had a look at his blog, to go and do so.
Posted by Michael Awdry at 11:18