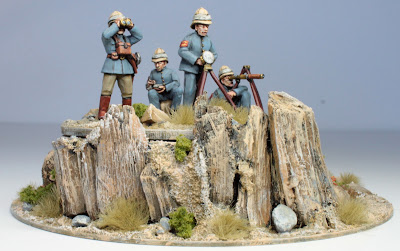 More from the fabulous Perry brothers' Sudan range, this time the Heliograph Section. As you would expect from the Perrys they were great sculpts to work on, but the Heliograph Section caused me a bit of a dilemma in so much as some of the miniatures just seemed too versatile to commit to one base and so a little terrain build ensued. The idea was to give them their own piece of high ground from wish to signal away, while allowing me the freedom to use one of the officers and the guard for other duties as and when the need arose. 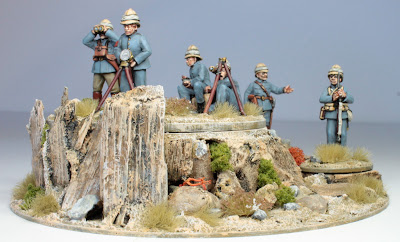 The build itself was relatively straightforward with an old CD forming the base, a pre-cut 'Warbases' MDF circle, some discarded blue foam and a couple of pieces of wood chipping looted from a child's play area!  The use of wood chips as a wonderful material for rocky outcrops has been tried before on the 'Tough Terrain' build and is originally inspired by the tremendous work on show at the outstanding 'Maiwand Day' blog - well worth a look. 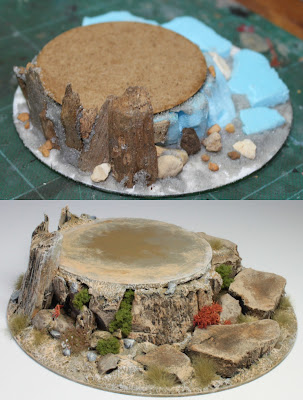 In need of inspiration for the painting of the miniatures themselves I immediately headed over to Mark Hargreaves' tremendous 'Over Open Sights' blog.  He has a fabulously painted version on display that I shamelessly cribbed from, although I bottled painting the insignia on the sleeves of the men - seriously impressive Mark! 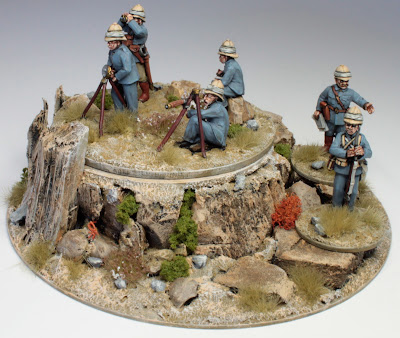 This was a very rewarding build and I have to confess that I was pleased with the results, but it will mark the end of my travels in the Sudan for a while, I feel something frivolous coming on!

Email ThisBlogThis!Share to TwitterShare to FacebookShare to Pinterest
Labels: Sudan 1883-1885, Terrain and Scenics 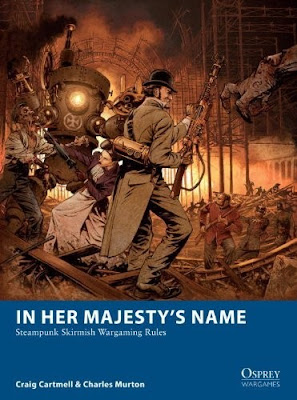 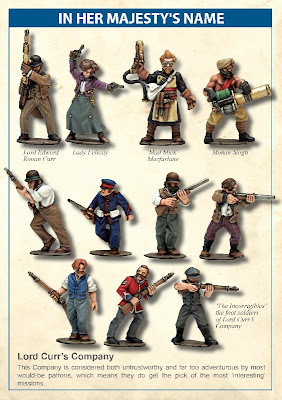 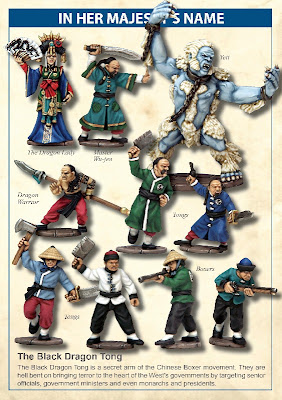 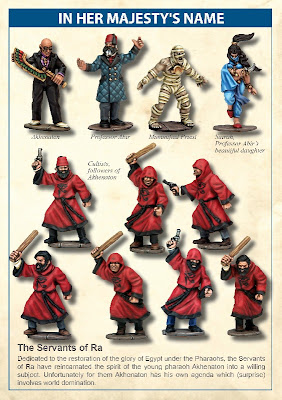 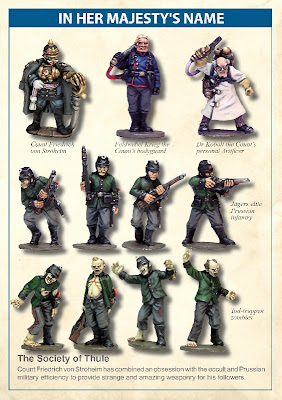 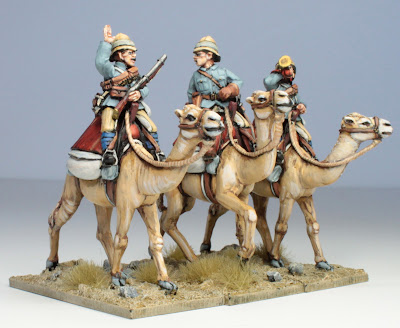 Just the briefest of posts to 'show off' part of my latest entry for the '3rd Annual Painting Challenge'; the Mounted Camel Corps Command group of from the lovely 'Perry Miniatures' Sudan range. 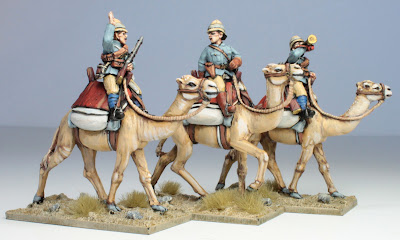 What I've loved about the Painting Challenge is that it has got me painting bits and pieces that have been sitting around for an age; these were in fact part of two sets that I picked up at 'Salute 2011' for goodness sake!  I managed to get the one of the sets started back in May 2011, but was only brought to a conclusion in July last year as can be seen here; so to finally get the second set off the painting table is a bit of a relief! 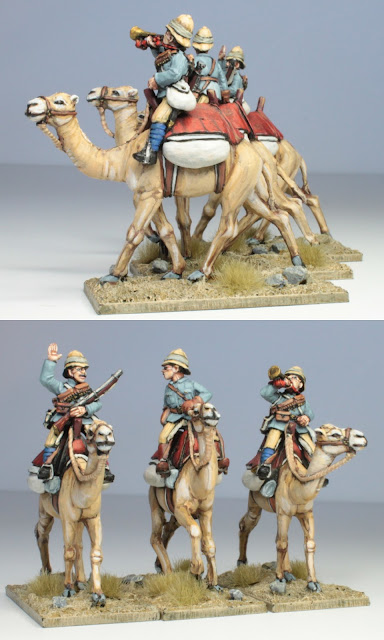 I have to confess that I was really leased with the way the camels came out and even more so when I saw them in conjunction with the earlier set - the makings of a proper force, no less.  Now we just have to wait for the 'Saintly Mrs. Awdry' to name them! 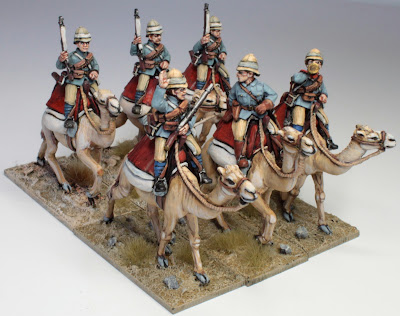 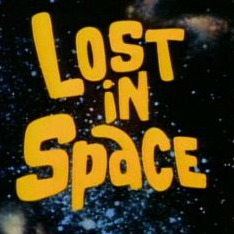 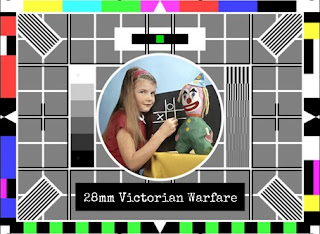 My apologies to one and all, but we seem to experiencing a rather determined patch of 'real worldness'!  Rest assured we have our best technicians on the case and we hope to have the hamster back in his wheel and the ship righted before too long.
Your patience in this matter is greatly appreciated.
and now some music...