Being of a somewhat sensitive disposition, I find the idea of public displays of affection truly terrifying.  Imagine my horror then, when the Saintly Mrs. Awdry announced that we needed to step over the threshold of 'Awdry Towers' and show our appreciation of the National Health Service with a spirited round of applause.  "But I have my slippers on", I explained, all to no avail, as I was ousted from the armchair and presented to the street.  This became my routine every Thursday night at eight o'clock, it was all very strange, but even I had to admit that there was a palpable sense of community and hope as I cringed my way through the longest minute of the week. 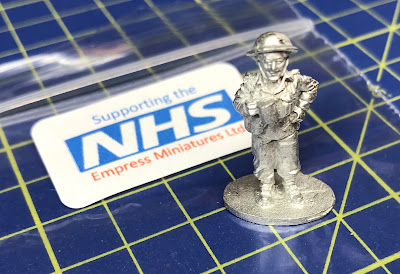 Social afflictions aside, I am of course delighted to show my support of the National Health Service and was thrilled when another opportunity presented itself in the form of this splendid miniature produced by 'Empress Miniatures'.  This representation of a WWII Combat Nurse is sculpted by Paul Hicks and money raised by its sale will go to British National Health Service Charity, RCN Foundation COVID-19 Support Fund. 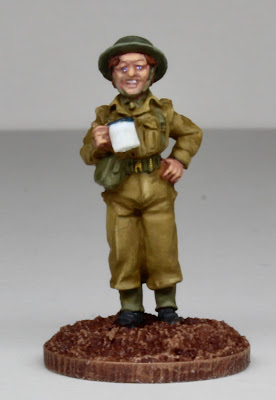 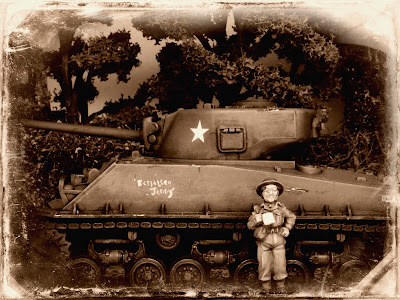 I love this photograph of the Canadian medical staff that Paul had used as his inspiration for the sculpt and it transpires, rather charmingly, that Lt. Woolsey is the grandmother of a good friend of his.  There is a sense of calm and professionalism about the trio in the foreground, who will no doubt finish their mugs of tea and step back into the war without a second thought for their own safety; a spirit of duty and sacrifice clearly in evidence to this day with our own nurses on the 'front line'. 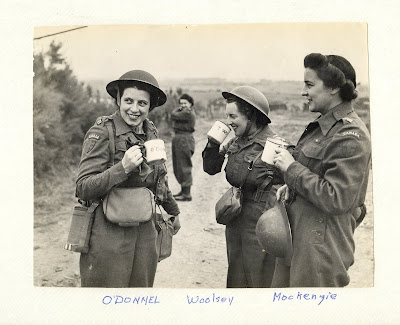