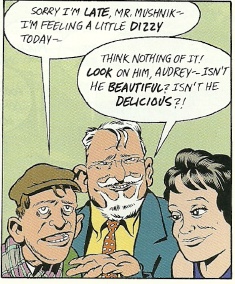 Audrey: I don't believe it.
Audrey II: Believe it, baby. It talks.
Audrey: Am I dreaming this?
Audrey II: No, and you ain't in Kansas, neither. 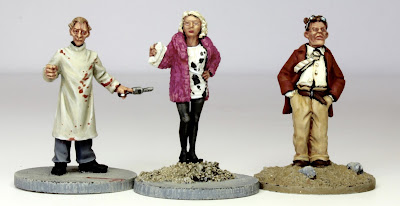 Throughout the build it has been important to keep an idea of scale and whilst I accept that there is a little leeway when it comes to an accurate portrayal of an intergalactic carnivorous plant, hell bent on world domination, the constant presence of Seymour Krelboined* has help keep the project on an even keel.   Now admittedly my Seymour, actually an ‘Artizan Designs’ Dr. Bell, reminds me a little more of the Florist’s owner Mr. Mushnik, but nevertheless his unwavering commitment to the project has seen him bumped up the painting queue.
*Changed to Krelborn in the musical.

It was whilst I was putting the final touches to Seymour’s tatty jacket that I started to wonder if I had any other suitable miniatures that could pass as members of the cast?  As luck would have it my latest ‘Studio Miniatures’ Horror Characters Kickstarter threw up a potential dentist in the shape of a Peter Cushing inspired sculpt – a truly terrifying prospect, but what about the luckless Audrey?

This proved a tad more problematically as it appears that I have a shortage of sorrowful looking, female sculpts, but as luck would have it I spotted a potential plant food wannabe on the ‘Crooked Dice’ website, simply known as the Duchess and decided to treat myself – all in the name of completion you understand.

So cast assembled it is time to return to the task in hand.
Paint me!  Paint me now! 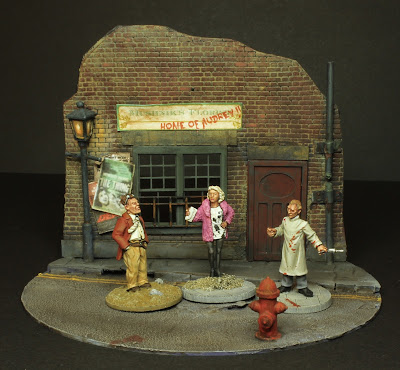