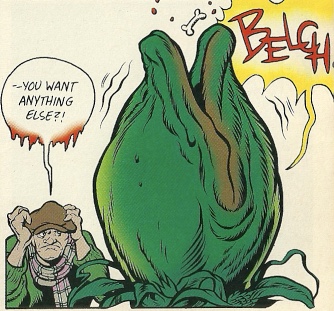 Seymour: It's true! I chopped him up. But I didn't kill him! 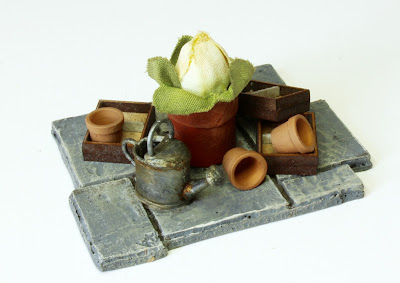 I used to worry about my inability to focus, but more recently I have decided to embrace it, to see where it takes me.  More often than not these flights of fancy lead to dead ends, but occasionally one takes hold and really lifts off.  So it was with this project as when I was assembling ‘Audrey II’, I found myself imagining different uses for all the redundant bits and pieces that I had collected during the build.  Before long a couple of little companion pieces were assembled, which I present for you here.

The first, ‘Audrey Jnr.’ started life as a simple bud, found amongst the assorted broken silk flowers and leaves that I had stashed away. It just seemed to cry out to me, “Feed me, Seymour!” and so before long I was looking for something suitable to plant him in. This flowerpot was made from a slender cardboard tube, with a simple cardboard lip. Using an off cut of the identical resin flagstone that had formed the base for the main build things were soon underway. 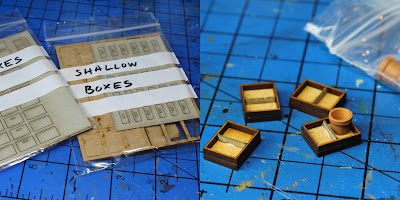 A couple of planting trays from ‘Supreme Littleness’ and some small dolls house terracotta flowerpots started to give the impression of a forgotten corner of Mushnik’s Florist. It still needed something extra though and by chance I unearthed the final element, a ‘S & D models’ metal watering can. 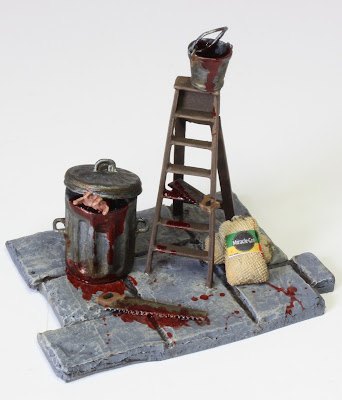 The other piece is a little darker and simply known as the ‘feeding station’.  For some reason I found myself wondering how Seymour would be able to feed the plant as it started to dwarf him? By climbing up his step ladder of course!  The floor is once again the now familiar resin flagstones with the rest of the elements predominately made up from various ‘S &D models’*, all originally bought a while ago as part of a now long forgotten greenhouse project.  The final addition of a couple of bags of miracle grow and some serious gore saw this particular flight of fancy exhausted.
*Available through Forty-Third Limited 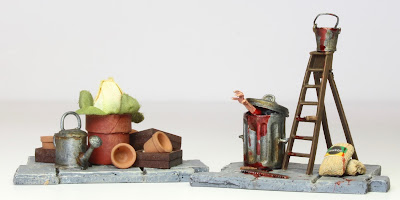 Back to the build proper and 'Audrey II' has had an undercoat and a couple of passes with the trusty airbrush and I have to say that I am rather pleased with the results.  Everything is still holding and the green has had the unifying effect that I had hoped for! 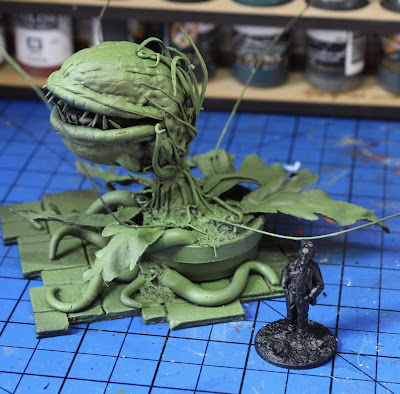 Finally then, just a reminder that all the posts for this year's 'Forgotten Heroes' event have been dutifully reposted by the ever efficient 'Roger Webb' and can be viewed as a collective over at the official site 'here'.