The Remnants of an Army 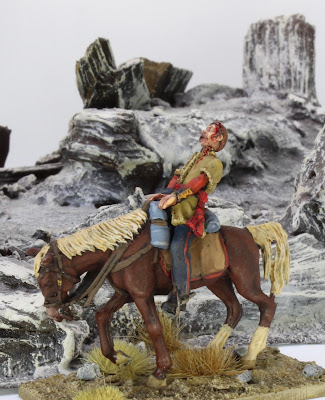 The second of the themed bonus rounds, ‘East’ has generated quite a bit of chatter due to its ambiguous, open ended nature.*   With no definite idea forming, I was considering skipping this round, thus affording one more time for the terrain build, ‘home’ due up in the following round, but as luck would have it I stumbled across what I thought to be the perfect solution.
*West is similarly causing me problems!

‘Studio Miniatures’, those fine purveyors of all things zombie, have a small, but growing, historical range; part of that range sees a tentative foray into the 1st Anglo Afghan War of 1839 – 1842.  This was probably one of the few Kickstarters that I didn’t back last year, but elements of that successful campaign are starting to filter on to their webstore; Assistant Surgeon William Brydon, been a case in point. 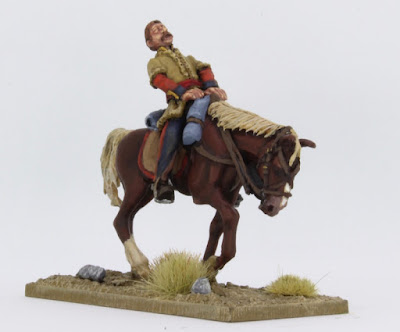 Dr. Brydon is, of course, renowned somewhat erroneously as being the last survivor of the 16,000 strong British garrison that departed Kabul in 1842, bound for Jalalabad.  Seriously wounded and riding a pony that was moments away from death, Assistant Surgeon Brydon is said to have uttered, in response to an enquiry as to the whereabouts of the rest of the force, ‘I am the Army.’ 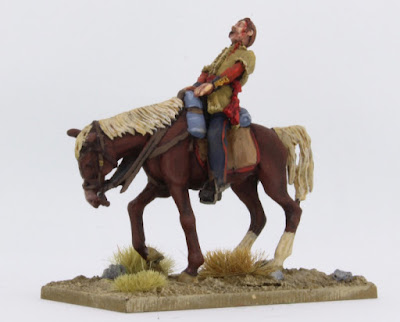 Immortalised in Lady Butler’s, ‘The Remnants of an Army’ painted in 1879 this remains the British Empire’s greatest military disaster of the 19th century.  I would suggest that it is Lady Butler’s painting that formed the inspiration from the miniature itself and what better solution to my dilemma, given that Jalalabad is ninety miles due East of Kabul. 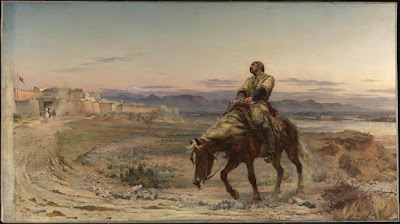 Now I have to confess that I am a sucker for a character piece and this was always going to be added to the collection** but ultimately this one was a little disappointing form a sculpting point of view.  From what I can see this was one of the last stretch goals to be unlocked and I would suggest, possibly a tad uncharitably, that how it was to be sculpted wasn’t considered until quite late in the day. 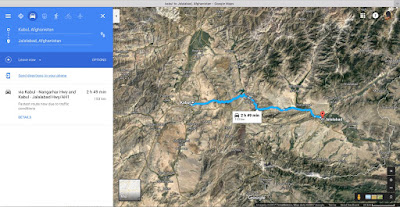 Fundamentally there is nothing wrong with it, but you can see that it was sculpted on, or adapted from, an existing miniature with evidence of the previous saddlery still visible.  In my case there had been a miscast with the reigns, that I hadn’t initially noticed and didn’t repair due to time restraints and the pony itself feels a little ‘skinny’ for the rider atop.  Still all things considered, I am glad to have added it to the collection and will undoubtedly add more of the range to the ever growing lead hillock in due course.
**I had to have Flashman dressed as he is on the cover of ‘Flashman in the Great Game’ too. 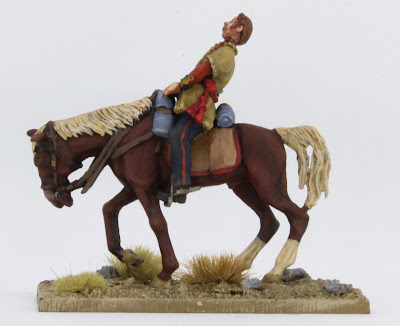 So I present Dr. Brydon at the end of his ninety mile ride, bloodied and battered; an overwhelmingly striking image of endurance and survival at the very edges of the empire or an all too familiar damning indictment of another disastrous war in Afghanistan? 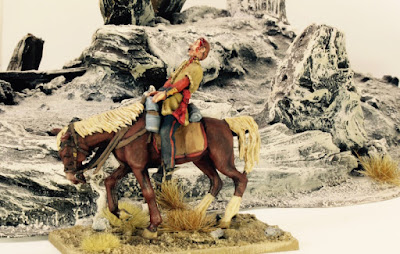 As always, if you can, do pay a visit to the main page and perhaps cast a vote for your favourites.  Just follow the link here.