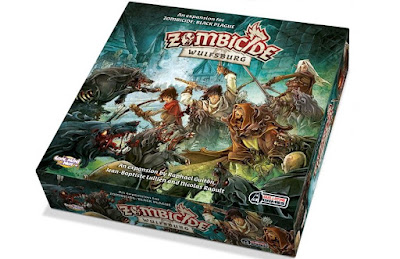 I wasn't going to post about this, but in the absence of any other tangible material I have caved in, that and I have been as giddy as a schoolboy all weekend.  I had already read of several large boxes arriving at other notable Bloggers' homesteads and having finally receiving my notification last week, I started tracking my own bundle of plastic plunder across Europe - the wolves were on the move!

Safely across the channel, I saw that it was 'out for delivery' on Friday - blast!  Metaphorically shackled to the desk at work, I waited for the inevitable update, which duly came around 2pm, 'Unable to deliver, returned to depot - double blast!!  I could, of course, arrange for it to be left with a neighbour or in a designated safe place, but I stumped up the five pound required for it to be brought to the gates of 'Awdry Towers' on Saturday morning, I defy anyone to say that they would have done anything different in this situation. 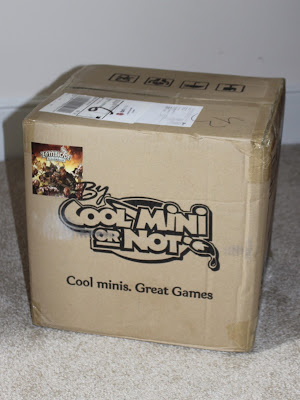 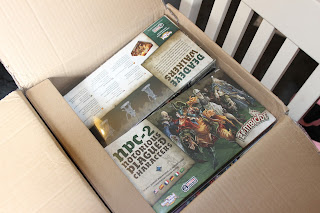 Now I had thought this was all going to work beautifully as after a feverish bout of cunning, I envisaged the 'Saintly Mrs. Awdry' on her way to the swimming baths, as is her want, at a respectable hour of the morning and whilst away, I could greet the the DPD driver with a hearty 'Hello and thank you' and have the boxed upstairs and stashed away faster than a smashed stretch goal!  Alas things are rarely this simply and it would appear that 'Awdry Towers' was fist on the list of chaps receiving their toys that morning; I was caught standing at the door, weighty box in hands grinning from ear to ear. 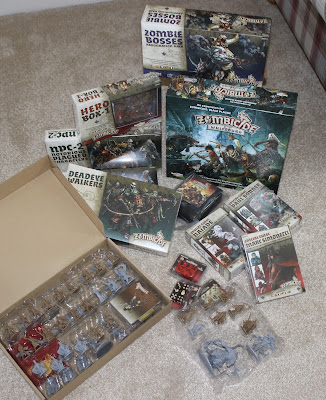 Finally then the Zombicide Wulfsburg expansion has arrived, along with all the stretch goals and a couple of packs of extras that I had forgotten about.  So much stuff and just so wonderfully conceived and packaged - a plastic paradise.  Now it is fair to say that I am easily distracted and work is not playing nice with my hobby time at the moment so it was inevitable that I opened a couple of packs to have a closer inspection and oh joy! 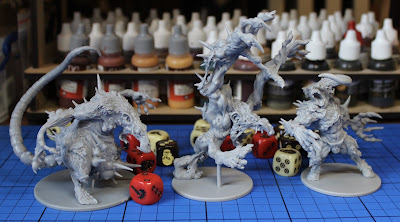 The Abominabeasts are just superb, huge and incredibly well sculpted these immediately caught my eye and have now taken up residence on the painting table, not sure when or if I'll get around to them, but they just needed to be out on display.  Other items that caught my eye were the medieval Batman and Joker known as Scowl and Grin - so much to choose from, but where to begin? 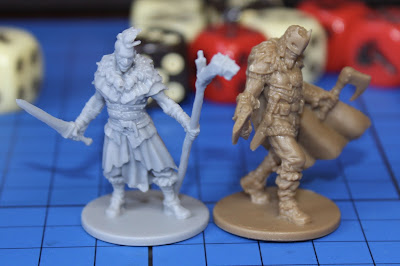 Obviously the solution lay in the spin of a coin, the new metal first play coin! 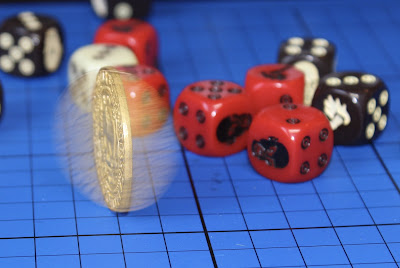 Finally a quick shot of one of the 'smaller' beast next to a miniature for scale! 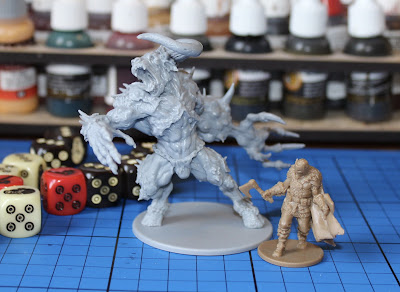