Bouncing Boy has lift off!

Spurred on by the many kind words of encouragement, I am pleased to report that my contribution to ‘Forgotten Heroes’ is back on track; ‘Bouncing Boy’ is slowly, but surely, starting to take shape! Having already identified the ping pong ball as the structure on which the character was to be built, I started with the ubiquitous utility belt, in this case a strip of foil from a ‘Pringles’ tube*. To this was added a few likely looking pouches from a handy sprue that was in this year’s ‘Salute’ goody bag. 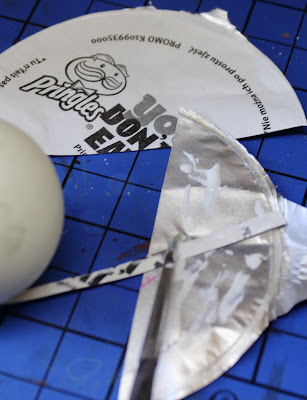 Whilst I was harvesting the pouches, it struck me that the legs, or at least part of them, might work for ‘Bouncing Boy’ and so out came the side snips again, now I don’t know exactly what a Maelstrom's Edge Epiran Handler** is, but I am grateful for his sacrifice in this project!
**Apparently from the Battle for Zycanthus box by 'Spiral Arm Studios'. 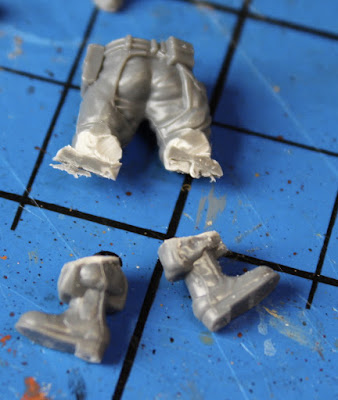 Arms proved a little more difficult to source as I wasn’t sure about the pulse rifle attached to the Epiran Handler's hand, but as luck would have it the ‘Victrix Limited’ Napoleonic Highlanders sprue offered up a couple of alternatives that fitted the bill perfectly. I decided to keep the buttons on the cuff, they are probably not called buttons and I may just have committed an awful Napoleonic faux pas, as they added a little more interest to what was, in effect, a ball! 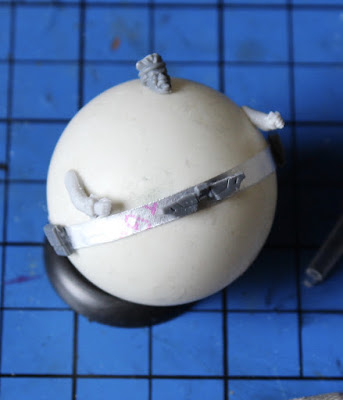 So it was now all about finding a suitable head, but I was right out of youthful molecular scientists!   I could muster the odd grizzled Viking, or a helmeted GI, but I was struggling for the right look for my Charles Foster Taine.  In a fit of desperation, I took a more left field approach approach and attached an unmarried Zulu warriors head left over from the the 'Cetshwayo Challenge'.  I was thinking that there was, arguably, an air of youth to the sculpt and that headband could certainly add something to the costume! 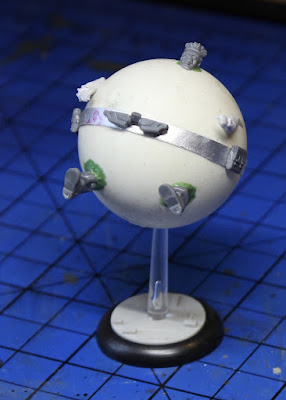 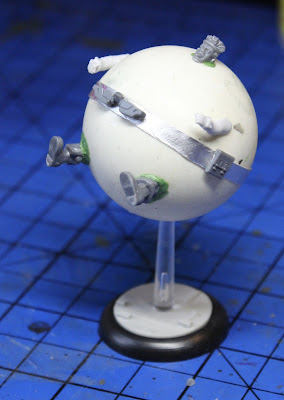 Given 'Bouncing Boy's' unique skill of being able to inflate into a round shape that could bounce and ricochet off walls without harm, it seemed like a good idea to incorporate a flight stand.  I also managed to unearth a suitably futuristic base topper as well, so all is nearly complete.  I hoping to get some undercoat on him tonight and then, if all goes according to plan, try and get the bulk of the painting done over the weekend; I may yet make the deadline!