And so it begins - 'Zomtober 2015' and what better place to begin than the opening scene of the hugely successful, 'Walking Dead' television series that first aired in the UK back in 2010.  Although late to this zombie phenomena, the opening scene involving our reluctant hero, police officer Rick Grimes and a shuffling zombie child is emblazoned on my mind.  That poor unfortunate child has now been recreated as a Kickstarter Exclusive 'not' character thanks to 'Studio Miniatures' recently successful crowd funding venture. 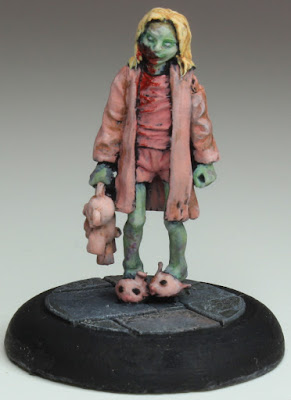 With the series about to start its sixth season later this month, the band of survivors is still looking for answers, not to mention a safe place to call home!  Some may argue that it is not a patch on the original comic series created by writer Robert Kirkman and artist Tony Moore, some may also suggest that it is running out of ideas and lacks the punch of those early groundbreaking episodes, but I shall be there glued to the television for my weekly dose of undead mayhem. 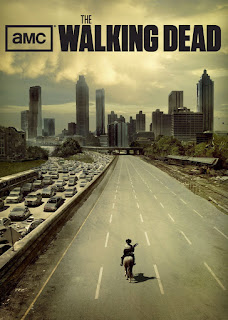 As unnerving as this miniature was to work on, the sculpt was amazing with fabulous details to tantalise the brush.  So week one of 'Zomtober' complete and the first deadline met, now to see what the rest of the contributors have managed.