Officially 'Zomtober 2015' drew to a close last weekend, but I feel there is always a case to extend the event, where necessary, until 'All Hallows' Eve'.  Before we go any further I would just like to extend my thanks to Rob Bresnen of 'Four Colour Super Minis', Pulp Citizen of 'Eclectic Gentleman Tabletop Gamer', and Simon 'Brummie' Quinton of 'Brummie's Wargaming Blog' for all their tireless work in  co-ordinating the event, which continues to go from strength to strength.  This is my third year of contributing to the lead legions of undead* and I am delighted to see more and more like minded chaps taking part, producing some truly eye catching work - well done one and all!
*Plastic undead are more than welcome too! 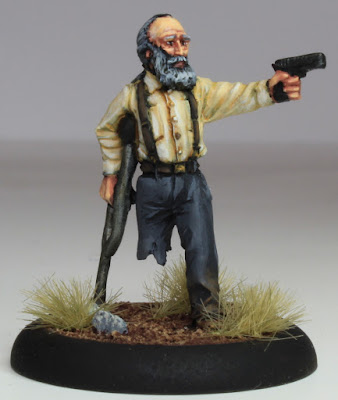 My final submission for this month is another survivor from the 'Studio Miniatures' Kickstarter simply titled, the Father.  Fans of the hugely successful 'The Walking Dead' will notice an uncanny similarity between this sculpt and a certain Hershel Greene, Rick Grimes' moral compass.

Another fabulous and unusual sculpt, this one actually comes with the option of having the leg attached or not!  Inspiration for the colour palette came directly from the character's appearance in the said television program and it was lovely to discover little details like the different coloured buttons on his shirt, very much in keeping with his make do and mend mentality.

Looking back over the month, I am delighted with my productivity, admittedly not all were completed during the official parameters of 'Zomtober', but all were new postings to this humble weblog and so I am happy to have them represented in the now customary end of season group shot.

Speaking of group shots a certain Bob Kinneer Esq. of 'Bob's Zombie Apocalypse in 28mm' has posted his latest 'Horde' shot today, a magnificent sight of two hundred lost souls, shuffling ominously towards the table's edge.  I last assembled my paltry collection for a competition hosted by 'RSquared Studios' back in May last year, but seeing Bob's collection, and safe in the knowledge that the 'Saintly Mrs. Awdry' was out of the house for a couple of hours, I felt inspired to do the same so without further ado I present 'Horde#2', a staggering sixty one miniatures! 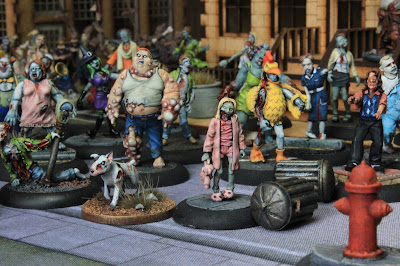 As the horde shuffles onto Main Street, one last photograph is broadcasted to the nation before the helicopter crashes to the ground in a ball of flame... 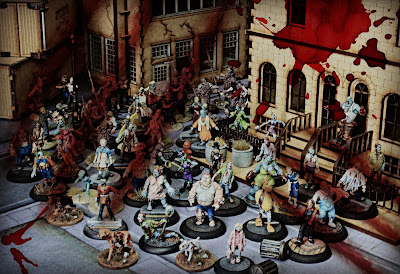 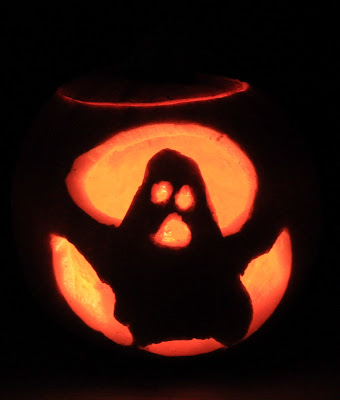