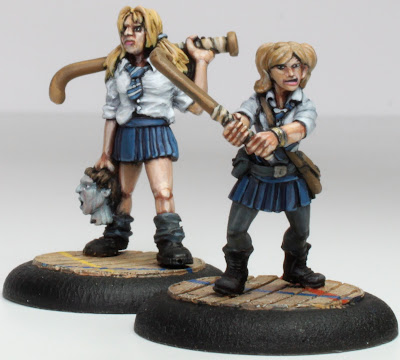 After what seems like an age, I am delighted to reveal the first members of my 'St. Trinians' zombie hunters!  In order to get the team underway there had to be some serious decision making with regards to uniform, basing and even names.   It seemed the best way to do this was to start with a couple of miniatures that didn't require any conversion and the obvious choices had to be Misty, the Zombie Hunter from 'Crooked Dice' and 'Fantascape's' Zeta the Zombie Slayer. 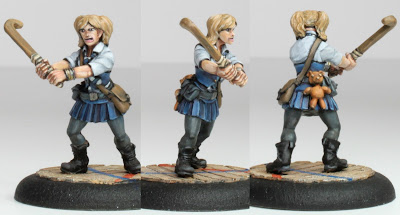 Both these miniatures were great fun to work with and having decided to go for a 'St. Trinians' look, painted up rather easily; Misty (who is now known as Nikki) causing some concern as I tried to figure out how to paint tights!  Although both great sculpts there is a concern with the scale of the 'Zeta' figure, not to put it too finely, she is a giant of a lady and wielding the style of stick my Grandfather would have been more akin to using.  Still as Hockey Captain, I think I can get away with it! 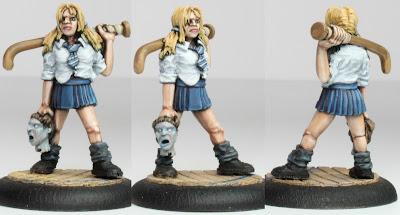 I knew I wanted to link the girls by something other than just the uniform, if for no other reason than the possible addition of staff members later on that obviously wouldn't be as identifiable by what they were wearing.  In the end I decided to do this with the basing and using some precast floorboards from 'Fenris Games' tried to sell the illusion of the school gymnasium with its confusing array of multicoloured lines. 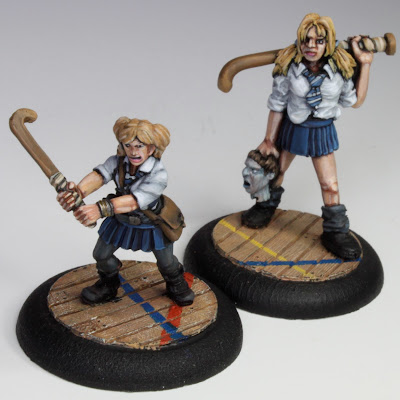 On the whole, I'm pretty pleased with these tentative first steps and now have to turn my attention to the Fourth Form that are proving a tad unruly on the painting table! 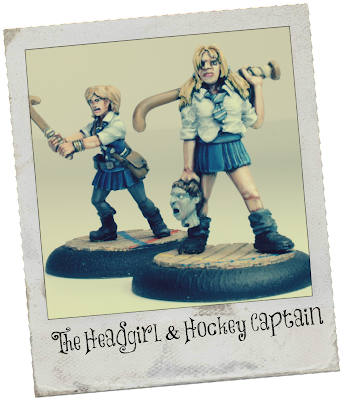