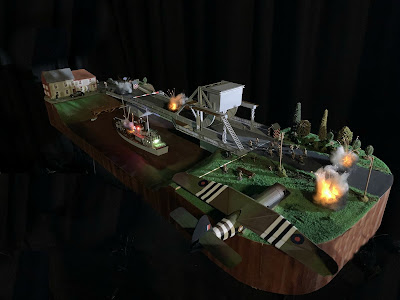 Today, the 6th June 2019, marks the 75th anniversary of the D-Day landings, the largest seaborne invasion in history.   The landings heralded the start of the liberation of Europe that would ultimately bring about the end of World War II.  My friend and colleague, James wanted to commemorate the event with a presentation to pupils, parents and staff; his presentation focusing on one crucially important operation, codenamed ‘Deadstick’, its role in the wider operation and what lessons can be learnt from such endeavours.
Operation ‘Deadstick’ was conceived to capture and hold the bridges over the River Orne and the Caen Canal, securing the flank of those troops that would land on ‘Sword’ beach by preventing the German Army from sending reinforcements to the landing grounds.  It proved to be an overwhelming success, due mainly to meticulous preparation, the bravery of those involved and a fair amount of good luck.

In preparing for the talk, James stumbled upon the idea of actually building the bridge to illustrate his presentation.  Using his incredible engineering skills, James designed and built a replica of what is now referred to as Pegasus Bridge, working only from original photographs and drawings.  As is often the case, the project suffered from a dose of ‘Mission Creep’ that subsequently saw the inclusion of the gliders’ landing area, the Café Gondrée and even an armoured trawler or two!  Such was James’ enthusiasm for the project that I could not help but contribute where I was able.  The whole process has been an absolute joy and a privilege to work on, thank you James! 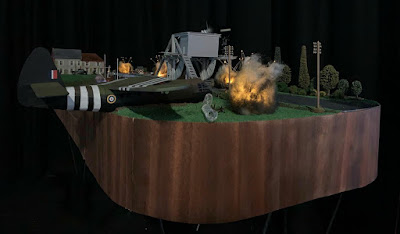 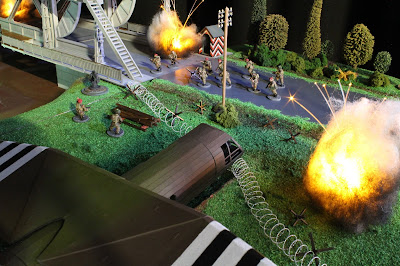 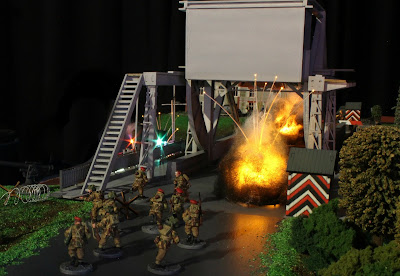 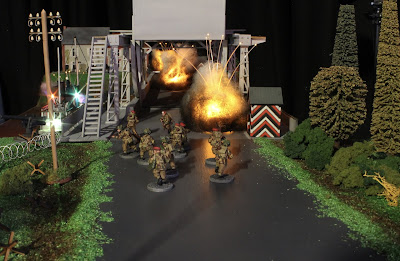 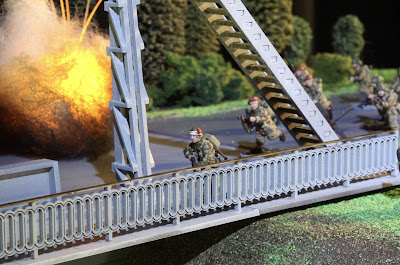 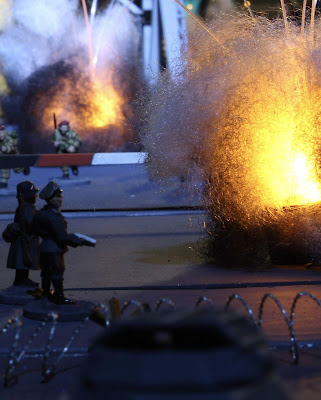 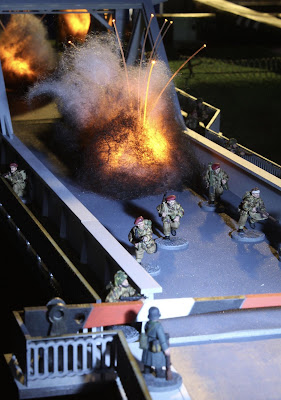 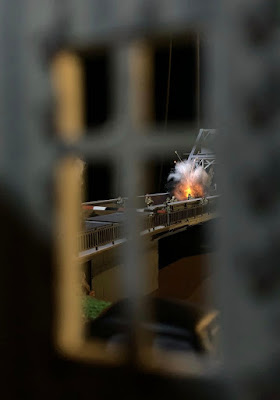 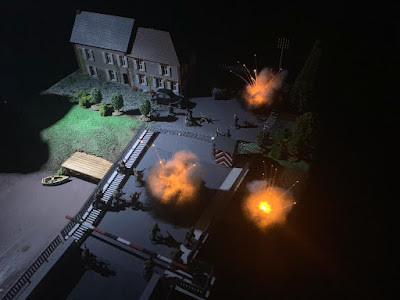 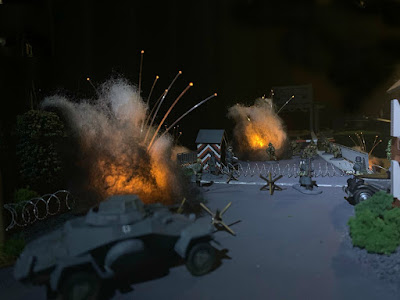 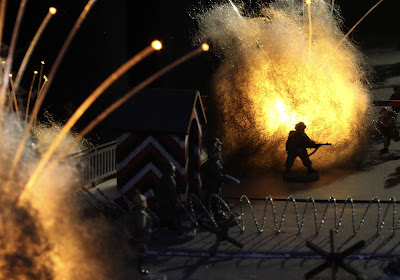 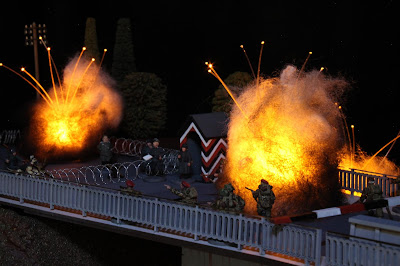 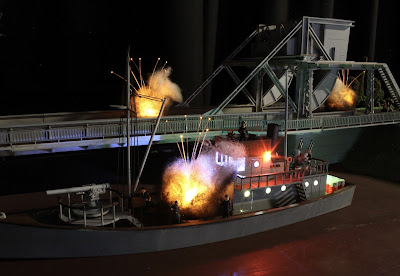 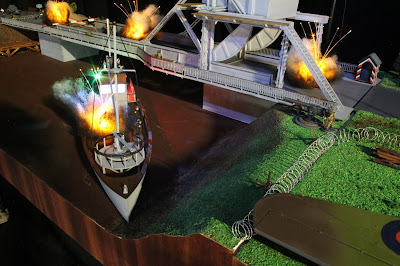 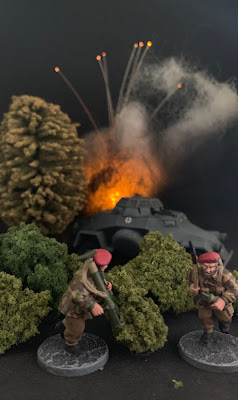 We decided to photograph the model in low light, which allowed the blast markers to work their magic; they really could not have been more effective. In the above photographs the only post production has been the occasional removal of an annoying chair leg or camera tripod, a testimony to the quality and creativity of James’ work. The project became all consuming and included the base, which can be broken down into three parts and is supported by a purpose built steel frame. James kept a photographic record of the process and has published this on YouTube, please go and have a look to get a greater understanding as to the enormity of the project, the link is below.  What started out as an idea tossed around the classroom has blossomed into a truly magnificent project that, at its heart, is designed to educate and keep alive the memory of those that were willing to sacrifice everything for the freedom of others.

"We will remember them." 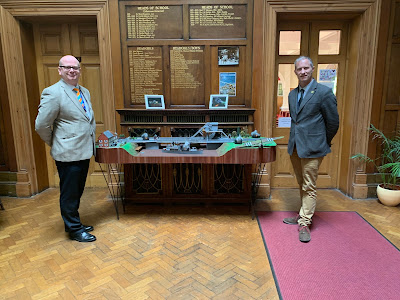