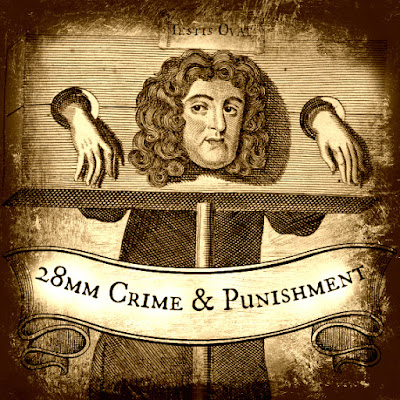 You’ll be glad to hear that this is not a month long review of Fyodor Dostoevsky’s master work, but simply a series of loosely related posts that feature man’s ability to inflict pain and suffering on his fellow human being.

It was whilst watching the BBC’s latest retelling of the Gunpowder plot, a lavish, action packed drama that spared no one in its gruesome depicture of torture at this period of time, that I was instantly transported back to the London Dungeon in the late Nineteen Seventies.  Then situated in Tooley Street, the London Dungeon was a must see attraction and in a flagrant disregard for their young son’s sensibilities my parents plunged, headlong, into the darkness! 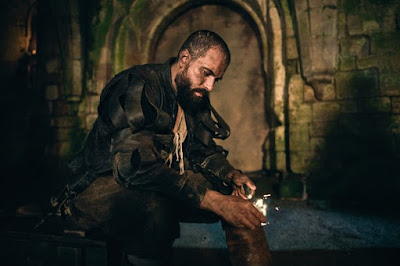 At this time, the attraction was a series of gory wax works depicting the most gruesome of British tortures and methods of executions, something that young Master Awdry was fascinated by.  Unfortunately, it was the eerie sound effects and a sign that simply said, ‘Beware of the Rats’ that did for me and I have this undiminished memory of been absolutely terrified, sobbing the whole way round! 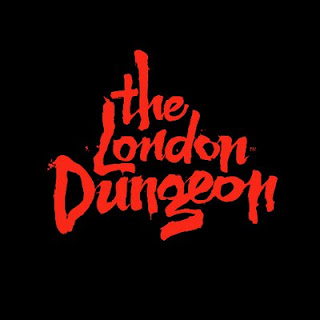 These gruesome encounters are so far removed from my everyday life that they have remained of interest to me.  The sheer barbarity and complexity of some of the devices and methods are incomprehensible today and as such their absurdness has had a sanitising effect on the pain and suffering they must have caused.

Let us be clear ‘28mm Victorian Warfare’ does not condone the practice of torture in any way, shape or form, but the ‘Witchfinder’ world of the 17th Century was an unforgiving place.   Here extracting the truth from potential ne’er do wells or vassals of evil was an art form practiced by the dead of heart and strong of stomach.  As such it occurred to me that it wouldn’t be unreasonable to have some acknowledgement of its existence on the table top.  To that end, I have scoured the collection and unearthed a couple of pieces that would not look out of place in any chamber of horrors yet I hope might make an entertaining series of posts – you have been warned!