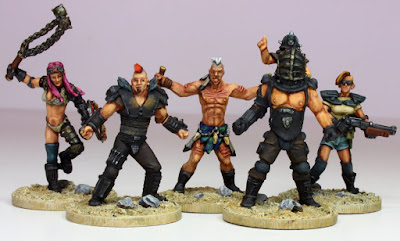 So we have arrived at the final bonus round of the 'VI Annual Analogue Hobbies Painting Challenge’ - a Gambler or Risk-Taker. Again, unsure where to begin, I went delving into the lead pile, knowing that I had some splendid Post Apocalyptic miniatures that needed attention in the shape of Westphalia’s ‘Wasteland Survivors'. Another seamlessly run Kickstarter, these miniatures were just too good to be left languishing in the paint queue any longer. 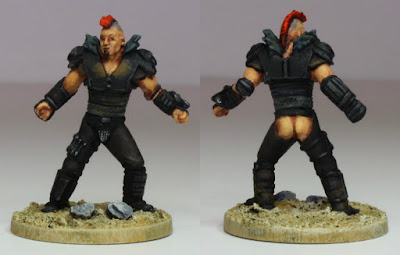 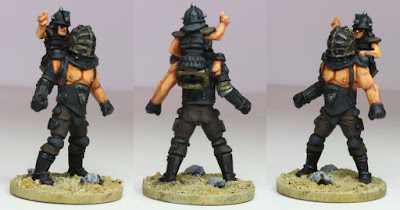 With a clear nod to some of the denizens of the Mad Max film franchise, this is a wonderfully sculpted set of miniatures. As with my previous experience of 'Westfalia Miniatures' the quality of the casting is top notch and they needed very little in the way of preparation. In fact the only slight concern was attaching 'Cruiser' to 'Bruiser' and in retrospect, I have clearly pinned the little chap too far down the big chap's back! 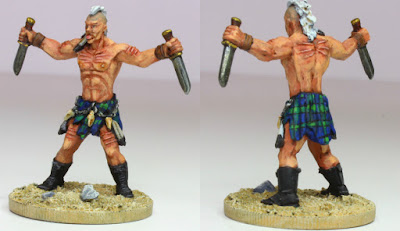 I thoroughly enjoyed working on these, but I have to say that they were the hardest things I have had to paint in ages. Trying to get a feel of dirty or damaged clothing along with a predominance of black saw me use an inordinate amount of different paints and colours, often working on one miniature at a time. All the time I was conscious that time was slipping away from me and I started to rush perhaps a little more than I would have liked. This is in evidence in some of the shading and whilst not the end of the world, the results have troubled me a little. 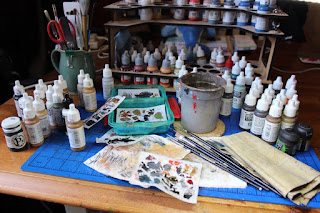 I had planned a  a wonderfully complicated scenic base to go with these miniatures and the final submission also included a Max and a Furiosa along with four pigs!  Unfortunately time got the better of me and so the original plan scrapped and the miniatures were presented as they were.  I will post the other miniatures at a later date as having just seen the photographs, I just want to go back and add a couple of details to the face of one of them. 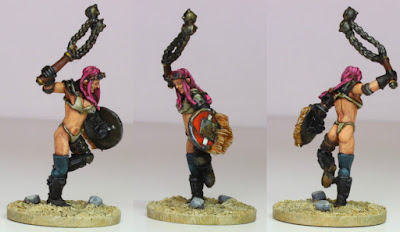 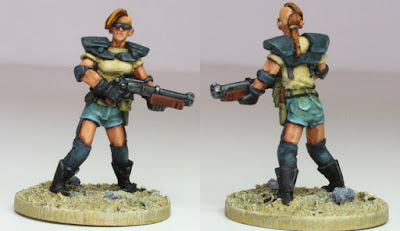 So for the last time in this year's challenge, I invite to espy the other splendid entries, perhaps even cast a vote for your favourites, they can all be found here.

Don't forget that there is also a giveaway to commemorate '28mm Victorian Warfare's' fifth anniversary.  To enter, and be in with a chance of winning two packs of 'Empress Miniatures', just leave a comment on this post here.  The draw is due to be held on the 31st March 2016.
Posted by Michael Awdry at 16:02