A Barrel of Laughs! 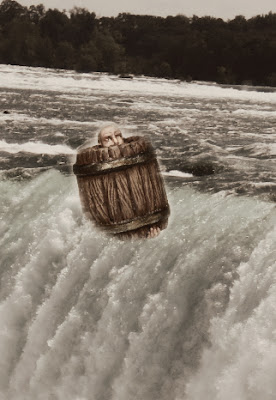 It is difficult to pinpoint exactly why the 'Annual Analogue Hobbies Painting Challenge' has proved to be so successful.  With this been my fourth year of contributing I have seen its exponential growth to the current roster of eighty eight, showcasing an incredibly diverse array of talent, styles and miniatures all combining to form a formidable hobby showcase.  The congeniality of our host, Curtis Campbell Esq. must certainly be identified as a contributing factor to the success of the venture, as to the hugely encouraging and supportive nature of my fellow challengers.  For me, however, the thematic nature of the challenge also proves important and this year’s, celebrating risk takers, daredevils and gamblers, is no exception.
As in previous Challenges, we are asked to provide a small memento in the form of a single 28mm figure characterised as a risk-taker, daredevil or gambler and this started the old grey matter cogitating.  I can’t tell you why or how, but one morning I awoke with the germ of an idea that saw my ‘fee’ come to fruition.  The spirit of human endeavour seems to breed risk takers, people that have undertaken Herculean tasks simply because they are there to do so.  The annals of our very existence are littered with such feats, but my attention fell on one particular group of thrill seekers – those brave souls that looked to conquer the Niagara Falls! 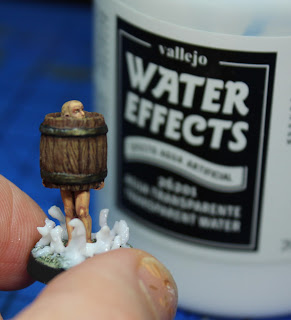 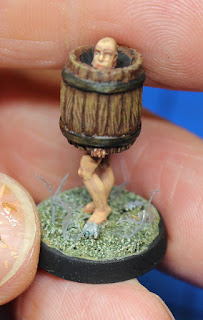 Given this natural phenomenon’s proximity to the fine nation that is Canada, home of our beloved benefactor in this annual painting challenge, this seemed to good an opportunity to pass up. The list of those that have tried to tame the falls is impressive with the likes of Annie Taylor, the first person to conquer the falls in a barrel back in 1901 or Englishman Charles G. Stephens who equipped his wooden barrel with an anvil for ballast, an ingenious idea but not wholly practical – only Charles’ right arm was discovered after his attempt! 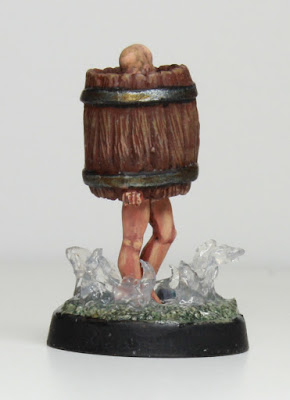 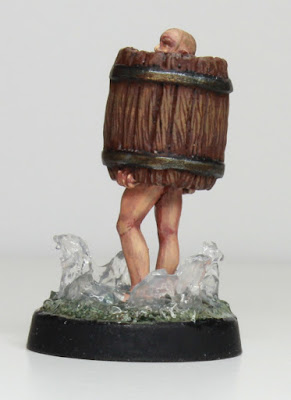 With the die cast, it was just a matter of locating a miniature that would suffice and as luck would have it ‘Hasslefree Miniatures’ had just what I was after – ‘Gambler Kev’.  Although listed as 28mm this delightfully quirky sculpt is small, perhaps more suited to representing a very short man or a teenage boy with a shaved head.  As a result, I felt I needed to add a little extra and stumbled across a rather splendid tutorial for splashing water effects.  So without any further ado let me present my homage to those risk takers, daredevils and gamblers who have tried, with differing levels of success, to tame the mighty Niagara. 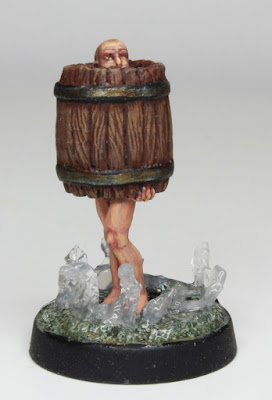 Now back to finishing of my entry for the latest bonus round entitled 'Epic Fail'!
Posted by Michael Awdry at 20:14