of the Queen's Own 3rd Foot and Mouth Regiment 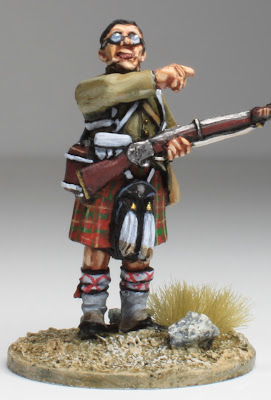 Having painted up the wonderful 'Mutton Chop Miniatures' Sidney "Dirty Laugh" Cohen, I was left looking at his sidekick 'George Hartree' (again a thinly disguised alter ego for 'Carry On' star Charles Hawtrey) and wondered 'what if?'

What if, with a bit of converting, I could bring about a transformation to represent the luckless Private Widdle, infamous for losing his woollen pants to the Khasi of Kalabar whilst patrolling the Khyber pass.   The idea proved too tempting to resist and before long a set of three 'Carry On Up The Khyber' miniatures was dreamt up using a combination of 'Perry Miniatures' Sudan range and a 'Wargames Foundry' Indian Hill Tribesman.

After much snipping, filing and swearing they started to take shape, but not before I had to rebuild Widdle's chin due to an unfortunate run in with a scalpel blade - the project nearly came to an abrupt end at this point!  The Indian Tribesman, now representing the ruthless 'Bunghit Din' had his shield removed and now proudly shows off his new trophy; Widdle's underpants!  Finally I couldn't resist a little fun with the Sergeant who loosely represents Terry Scott's character, 'Sergeant Major MacNutt'.  If you are wondering why he appears to have a football corner flag sticking out of his back then watch the trailer below.

It has to be said that this was hugely entertaining distraction and already the thought has crossed my mind to to create a Sir Sidney Rough-Diamond.  Mind you if Mr Hicks would oblige in creating a Kenneth Williams look-a-like then what would be more apt than the the Khasi of Kalabar himself?  'Carry on up the Khyber' remains one of my favourite of the 'Carry On' films to this day, not just because of the subject matter, but of the childhood memories it evokes; memories of a seemingly much more innocent time. 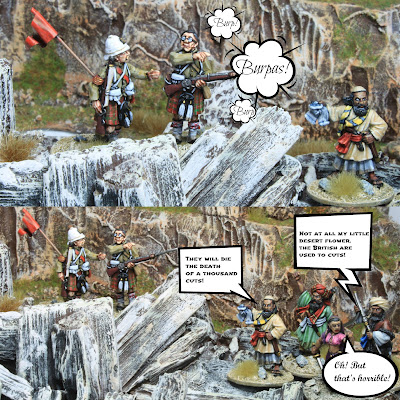 I was having so much fun setting up the photographs that it seemed churlish not to give 'Nellie' a run out.  More on her can be found here. 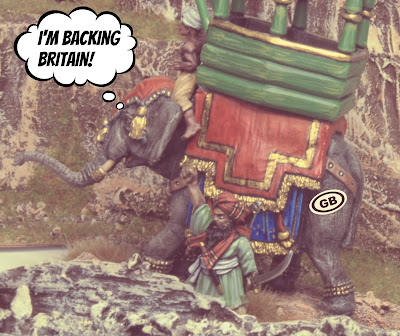 Sir Sidney Ruff-Diamond on hearing news that the Native revolt has reached the gates of the British Embassy: 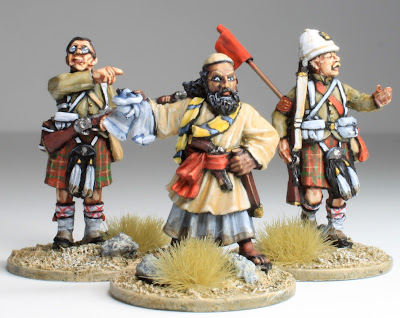