Charles Edwin Fripp; painter, illustrator, and special war artist, was born in London on 4th September 1854. He was one of the twelve children of George Arthur Fripp (1822–1895), a landscape artist, and Mary Percival.
An Associate of the Royal Watercolour Society, he painted mainly military subjects and worked as a special artist for The Graphic and The Daily Graphic during various wars in South Africa including the Kaffir War of 1878, the Zulu War, and the Boer War; he also covered the Sino-Japanese War of 1894-95 and the Philippines campaign of the Spanish-American War in 1899. He exhibited The Battle of Isandlwana  at the Royal Academy in 1885.  The painting now hangs in the National Army Museum.
The painting depicts the last stand of the 24th Regiment of Foot  in the disastrous opening encounter of the Anglo-Zulu War on 22nd January 1879 and was completed six years after his initial sketches.  Fripp went on to witness Lord Chelmsford's successful relief of Pearson's force at Eshowe and was also in the column when the body of the Prince Imperial was discovered.  It is said that he sketched the battle at Ulundi from the relative safety of the leather roof of an ammunition cart.
The following came about having seen the wonderful posting by Captain Blood in the  'Vauban Terrain Room' of the Gentlemens Wargames Parlour.  I had, for some time, considered taking on the challenge of recreating this fabulous painting and this relatively simple but ingenious idea provided the solution. I went about it almost exactly as the good Captain described, the only difference was that I used a little generic household filler as my perspex rings were a little deeper to accommodate the 'lipped' style bases that I favour.  All figures used are from Empress Miniatures. 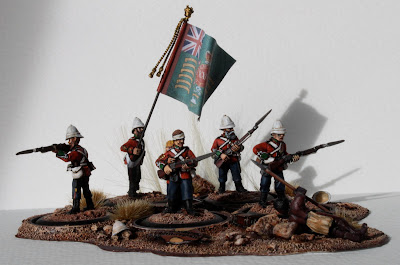 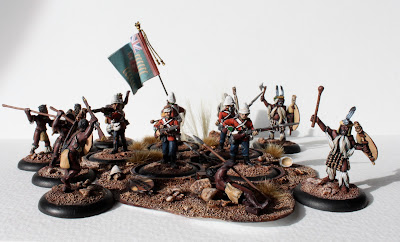 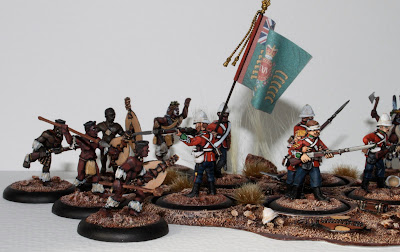 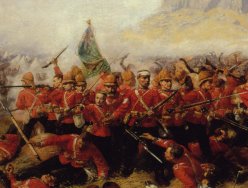 This was really great fun to do, I just wish I could take the credit for it! Of course it has the added advantage that just by moving a couple of figures around it can easily become, 'Durnford's Final Moments' - 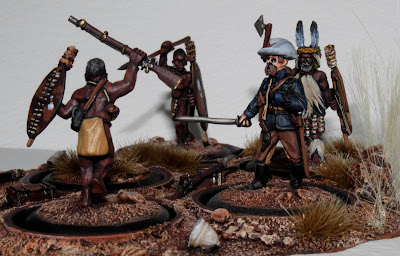 Or the 'Defence of Rorke's Drift'! 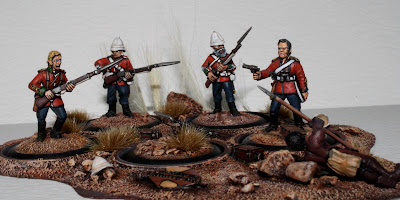